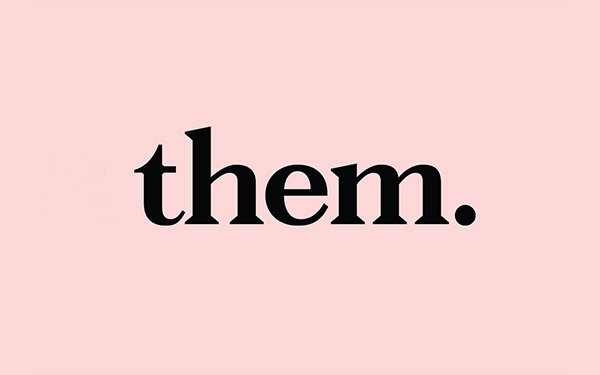 Condé Nast is launching a digital brand for the LGBTQ community on October 26, called Them. It's the first project from Condé Nast’s new incubator, which was created to develop new brands and businesses.

Condé Nast claims it is the first big publisher to tap into this market.

Them will be aimed primarily at Generation Z, the generation after millennials. It ranges in topics from pop culture and style to politics and news, all through the lens of the LGBTQ community.

The idea behind Them was created by Phillip Picardi, the digital editorial director of Teen Vogue and Allure. He will serve as its Chief Content Officer. Picardo told Business of Fashion he wants the platform to be fueled by community participation and storytelling.

“There is a cultural revolution happening that is — as always — spearheaded by young people who believe in fighting for equality, and we want to create a space that’s reflective of this moment,” Picardi stated.

Them has signed Burberry, Google, Lyft and GLAAD as launch advertisers.

“Over the past year, we’ve been reimagining what a title looks like to better reflect today’s culture and how audiences are interacting with content,” Anna Wintour, Condé Nast’s artistic director and editor-in-chief of Vogue, told Business of Fashion. “As we launched new titles like The Hive and Healthyish, or rethought existing ones, like Teen Vogue and Allure, we’ve seen tremendous response.”

Interest in magazine brands aimed at the gay community has slowly grown this year. In September, the publisher of marijuana-enthusiast magazine High Times, Oreva Capital, bought LGBTQ-focused titles Out and The Advocate.

And in the spring, Davler Media announced it was tapping into the LGBTQ space with the acquisition of Metrosource, the second-largest LGBTQ publication in the U.S. It also launched a spinoff of New York Spaces called Exuberance, a home-design magazine aimed at the LGBTQ audience.

The two titles were bought by Mod Media this summer.