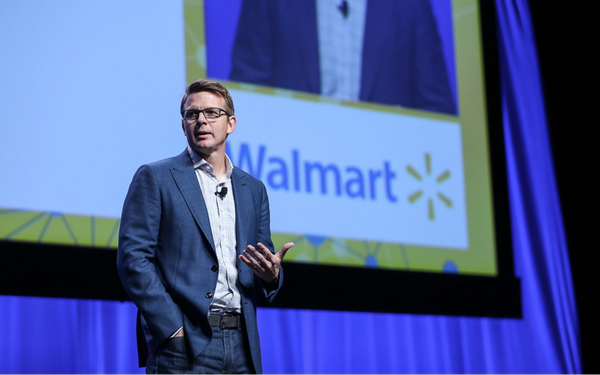 ORLANDO, Fla. — The tenure of chief marketing officers at many companies is on the decline, while their responsibilities seem to be on the upswing.

“The majority of CMOs are taking ownership of their company’s profit and loss,” says Alicia Hatch, CMO of Deloitte Digital. “There are bigger opportunities, but it’s a very tough job to do well now. You have to be tech savvy and understand the analytics, but also know how to work a boardroom.”

Hatch is one of 2,700 attendees at the Association of National Advertisers Masters of Marketing conference. She notes that the conference is a bellwether for the industry.

Many of the discussions focused on what companies have to do not only to survive, but to thrive. Technology has quickly changed the importance that customers place on time, Walmart CMO Tony Rogers says. No longer is cost or price the top priority; instead, consumers say “My favorite retailer saves me time” with the number two priority being items are more affordable, and number three, it “makes my life easier.”

Walmart has been on an acquisition bender, adding Jet, Moosejaw, Modcloth, Bonobos and Hayneedle to its portfolio.

“We have to fit seamlessly into a customer’s life no matter where they want to shop,” Rogers says. It’s not a question of online vs offline, it’s offering customers the right combination of the two.”

Rogers took a not-so-subtle dig at main competitor Amazon, noting that Walmart is now offering free 2-day shipping, no membership fee, on purchases of $35 or more.  “We just don’t think you should have to pay $99 a year for that privilege,” he said, referring to Amazon’s Prime program.

He noted that there are themes evolving in presentations at the conference.

“We didn’t get together and sync up presentations, but it’s uncanny how all these messages are falling in line,” he says.

Like other CMOs, Rogers said Walmart feels strongly about being a force for good, including offering donation matching when responding to hurricanes. To the naysayers who don’t believe that is a brand’s job, he responds by saying stores are a reflection of the communities they serve.

“Walmart and its customers have literally raised tens of millions of dollars for hurricane relief,” he says. “I challenge each of you to consider how your brand can take on a bigger role in helping society. There is a huge opportunity for our brands to set a positive example.”

Rogers said he also believes companies have a responsibility to encourage dialogue about the importance of diversity and tolerance in society. He showed a new TV spot from agency Mono, “Many Chairs, One Table,”  featuring the song "Get Together" by The Youngbloods that shows people bringing chairs from their diverse lives together to sit at one table.

“We aren’t selling anything in that ad, but I’m proud of that ad because it shows how our brand is evolving,” he says.

Rogers challenged marketers to evolve their approach to multicultural advertising. He gave the example of a Hispanic-focused ad that resonated so widely that they ended up running it everywhere, even during NFL games.

Cadillac CMO Uwe Ellinghaus talked about how the General Motors luxury brand has evolved and continues to evolve. Sales are likely to be close to an all-time high in 2017 and in 2018 and the automakers’ sales in China are on track to be higher than sales in the U.S.

However, while there is product appeal, the brand still lags behind its German competitors including BMW and Mercedes-Benz. On the plus side, the younger the customers, the more they like the product. Cadillac has more brand prestige among Gen X and Gen Y than Boomers, he notes.

“The landscape of luxury has shifted significantly,” he says. “By 2020, Gens X and Y will drive a majority of purchases across marketing and industries, including automotive.”

Luxury purchases are largely based on intuition. But reflection is required post-purchase to justify the selection, he says.