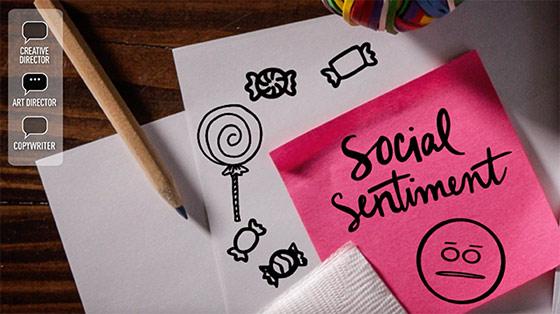 Every year, the award show selects one agency to develop a pro bono effort to solicit work. (Walrus, The VIA Agency and Droga5 are among the agencies that donated their time in previous years.)

This year's “Choose Wisely” campaign incorporates animation to illustrate the insights and ideas that happen en route to creating work.

The four-part video series follows a fictional team developing a campaign to sell butter to “connected kids.” Animated videos show discussions between agency teams, alongside graphics and copy points to reflect some decisions made during the development of a marketing campaign. The clips end with the campaign's "Choose Wisely" tagline.

"The tone is very self-aware — you’re meant to nod your head and smile while you evaluate whether your work meets the Effie requirements," stated Hannah Husman, senior copywriter, Bailey Lauerman. "And if it doesn’t, then you’re taking notes for next year.”

Examples from the campaign can be seen here, here and here.

Print ads for the campaign are designed to resemble decision trees to help guide Effie entries. Some are tongue-in-cheek campaign scenarios, while others are more straightforward. For example, one asks how many 'touchpoints' are in a campaign entry and leads to pithy answers, such as “17 plus a carrier pigeon.”

The campaign appears on Effie.org and on social channels including Facebook and Twitter. Call for Entries opened in early September and deadlines are staggered from October 11 to November 6, 2017.