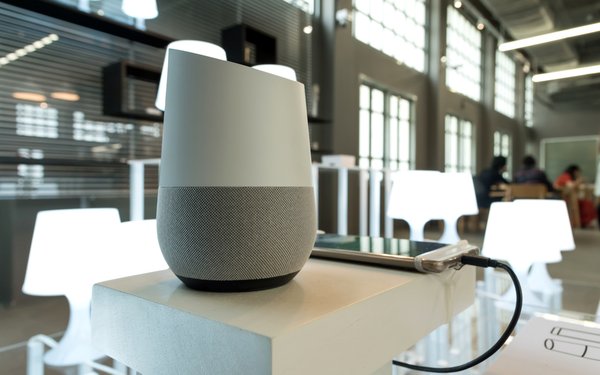 Digital voice assistants can be used for a wide range of things.

They can be used to answer questions, such as a query about the weather today and tomorrow, for commerce, such as voice ordering a coffee from Starbucks, or to control other smart home devices.

Google Home and most recently Amazon’s Alexa can tell whose voice is talking to it so it can respond to the right person, making the voice assistants even more personally tuned.

Around 11% or so of U.S. consumers own an Amazon Echo or Google Home, making the percentages relatively small but the numbers high. For example, 15 million Amazon Echo devices were sold just last year, according to Parks Associates.

Many voice assistants also are beyond a counter decoration, with an eMarketer study finding that 36 million Americans will use a voice-enabled speaker at least once a month this year, primarily driven by millennials.

The longer-range question is what voice assistants will be used for.

The leading uses of voice assistants are for things that can be executed independently, such as requesting information like weather or traffic, finding directions, streaming music or setting alerts, according to Parks Associates.

The latest finding of the research outfit deals with smart light bulbs.

It turns out that 40% of smart light bulb owners use Amazon Echo or Google Home to control their devices.

The lights obviously can also be controlled via smartphone app, but many consumers are finding it easier to just tell the light what to do via a voice assistant.

Amazon Echo and Google Home are the most used devices for controlling the majority of smart home products, according to the researchers.

It looks like much of that control may start with a simple, but smart, light bulb.