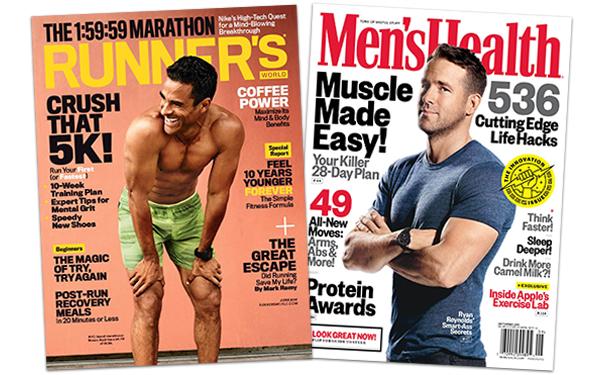 After months of speculation about rumored deals, health, fitness and lifestyle publisher Rodale has found a single buyer for all its core assets in the form of Hearst Corp., which is acquiring Rodale’s global content business and incorporating its titles into Hearst Magazines.

The deal encompasses all of Rodale’s publications, including flagship magazines Men’s Health and Women’s Health as well as Prevention, Rodale’s Organic Life, Runner’s World and Bicycling.

It also includes Rodale’s book publishing business, which has produced popular titles and series such as Al Gore’s “An Inconvenient Truth” and “The South Beach Diet.”

The transaction is expected to be finalized in early 2018, according to the companies. Terms were not disclosed, but an unnamed source familiar with the deal tells the Wall Street Journal the price tag was under $225 million. Both Hearst and Rodale are privately held.

Hearst Magazines president David Carey noted that the publishers are currently cooperating in a number of joint ventures: “Hearst and Rodale are already publishing partners around the world, including the U.K., the Netherlands and Japan. We’ve seen firsthand how the content resonates.”

The Rodale auction attracted interest from a number of publishers and media companies, including Bonnier Corp. and Ziff Davis. However, the latter withdrew from the sale in June.

David Zinczenko, for many years the high-profile editor in chief of Men’s Health and the author of bestselling books like “Eat This, Not That!” was also mentioned in connection with potential deals.

Overall, Rodale publishes 93 editions of its magazines in 64 countries. According to the Alliance for Audited Media, Men’s Health, for one, currently has a print circulation of 1.8 million in the U.S.

However, like other magazine publishers, Rodale has struggled over the last decade, contending with the steady decline of print readership and ad revenue as consumers and advertisers alike shifted their attention to the Internet. In July, the publisher was forced to pledge some of its real estate holdings and magazines as collateral to secure loans, indicating bankers believe it had become a riskier customer.

Rodale is not the only magazine publisher to appear on the auction block recently. Rolling Stone publisher Wenner Media put the iconic music and culture title up for sale in September, while Time Inc. is looking for buyers for its British division, Time Inc. UK.