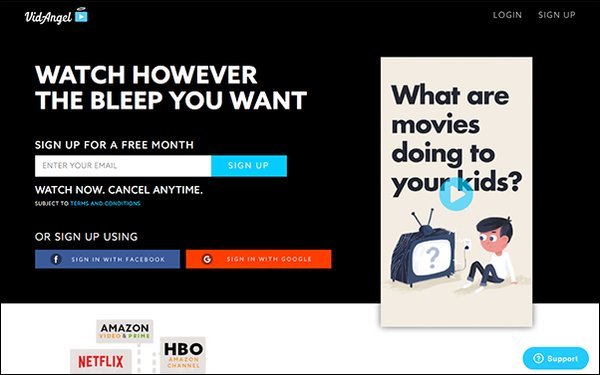 VidAngel -- the family-friendly video platform bogged down in legal battles with major Hollywood studios for offering sanitized versions of movies -- has filed for Chapter 11 bankruptcy proceedings.

In December 2016, a federal appeals court ruled that the service violated studio copyrights. VidAngel, which began operations in Provo, Utah, has continued to seek appeals.

In June, VidAngel launched a new platform allowing customers to filter language, nudity, violence and other content from movies and TV series on Netflix, Amazon Prime and HBO on Amazon Prime accounts. The cost is $7.99 per month, and subscribers must have a valid subscription to one of the major streaming services.

Neal Harmon, CEO of VidAngel, stated that the Chapter 11 decision “gives us breathing room to reorganize our business around the new streaming platform, promote and perfect the new technology, and seek a legal determination that the new system is fully legal.”