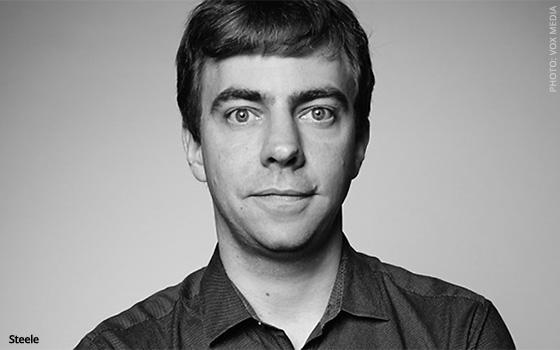 In a Slack message to employees, Vox Media CEO Jim Bankoff said Steele was terminated effective immediately after he “admitted engaging in conduct that is inconsistent with our core values and will not be tolerated at Vox Media,” according to a report from The Awl.

“Our investigation into issues raised by a former employee in a post on Medium continues,” Bankoff added, referring to a bl og post on Medium claiming a VP at Vox sexually harassed an employee.

However, it is still unclear if Steele is the one referred to in the Medium post.

The Awl also reports Vox Media is retaining the services of the law firm Gibson Dunn to run an external investigation.

Sexual harassment at media companies has been brought to light recently by a shared document titled “Shitty Media Men." Compiled by women in the industry in the wake of the Harvey Weinstein scandal, the document lists allegations of sexual harassment by men in the media.