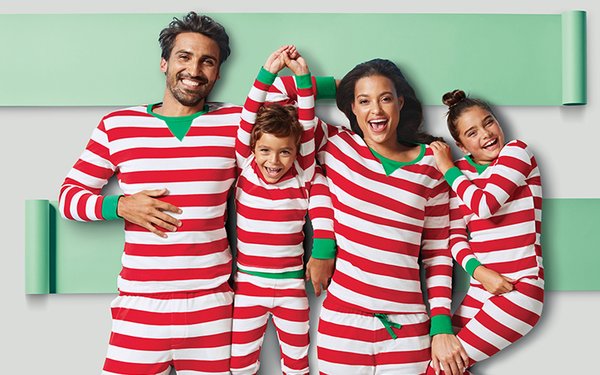 With indications that consumers will increasingly choose online options this holiday season, Target is rolling out a sleigh-full of solutions to win them over.

That includes a social-media rich ad campaign from Deutsch L.A., themed “Together’s the Joy.” Scheduled to break Nov. 1, the Minneapolis-based retailer says it is based on the insight that people are more passionate about the people they celebrate with than the celebration itself.

It’s also carrying through on its previously-announced rollout of new private label brands, which it hopes will restore its former reputation for cheap chic. (It intends to have introduced 12 new brands by the end of 2018.)

Early next month, it says it will debut Hearth & Hand with Magnolia, a home décor line designed with Chip and Joanna Gaines, of Fixer Upper fame. Target says the bulk of the 300-product collection are priced below $30, and some observers expect it to play a key role in rebuilding Target’s appeal in the Home category.

“Holiday appears to be ideal timing for the launch of this brand given the potential traffic driving nature as well as limited risk for seasonal product: Most of the assortment focuses on Holiday in areas such as holiday stockings, throw pillows, ornaments and pajamas and pets,” writes Matthew McClintock, an analyst who follows Target for Barclays. “Our in-store and online checks have pointed to excitement surrounding the launch. We believe Target’s expertise in marketing should ensure the brand’s strength,” despite the news that the couple are ending the show after Season 5.

The retailer is also stepping up its omnichannel game, with services like GiftNow on its website, which enables people to send an e-gift “box” that allows the recipient to either accept the gift, change the color or size or choose something completely different, before anything ships.

But it looks as though Target and other retailers will face online pressure even greater than expected this season. New research from NPD Group says that on average, U.S. shoppers intend to spend 40% of their holiday budget online, an increase from one-third two years ago. And almost three-quarters of all those it surveyed plan to do at least some gift-buying online. Most say they plan to shop first at Amazon, Ebay and Etsy, and that mass merchants’ websites, including Target and Walmart, are their second choice.

And those that plan the most online shopping also represent the biggest money, outspending in-store only people by some 70%. (Online shoppers say they plan to spend $793, compared with $467 for those who shop in stores.) The research includes data from NPD’s Checkout Tracking service, and finds that e-commerce is also having a bigger-than-expected impact on frequency. In the fourth quarter of last year, online purchase frequency jumped 12% to over six online orders, while consumers made 18 purchases in stores, a 4% dip.