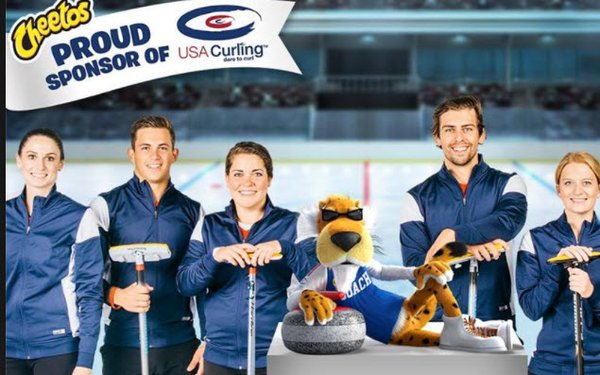 This seems to be the year for Olympics sponsorships with cute tie-ins to brand names.

First, we had White Castle, famed for its sliders, sponsoring the USA Luge team — and launching a “Be a Slider” campaign.

Now, Cheetos has announced that it’s sponsoring … wait for it: USA Curling.

The Frito-Lay brand has enlisted Vernon Davis of the NFL’s Washington Redskins — who says he’s been curling on the side for years now — to help build awareness and appreciation of the sport.

Curling became an official Winter Olympics sport in 1998, but there are still just 20,000 team players across the U.S., according to USA Curling.

With Davis on board, Cheetos is launching a fall/winter social media push to encourage Americans to follow USA Curling, using #DoTheCurl. Along the way, followers will be able to learn about the sport and see some “epic” curling moves, says Cheetos.

The brand also promises a series of surprises featuring Chester Cheetah and his “new teammates” in the coming months.

“The Cheetos brand is built on playful fun,” said Ryan Matiyow, senior director of marketing, Frito-Lay. “We hope to infuse a little fun and a lot of fan support to ensure USA Curling gets the attention and support it deserves—in a way that only Cheetos can.”