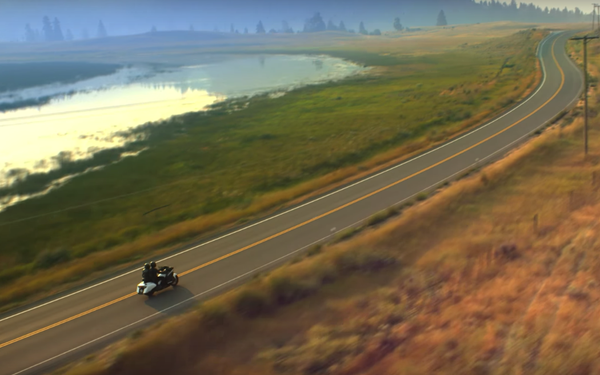 Honda Powersports is relaunching its iconic Gold Wing motorcycle with marketing that attempts to shed its image as a “couch on wheels” in order to appeal to a new generation of riders.

It is the motorcycle’s first major redesign in 17 years. The global launch campaign by agency of record Dailey goes beyond features and tries to capture the emotions that come from riding. “What Lies Beyond” is a departure from the typically product-first mindset of Honda motorcycle ads, instead leaning into the touring lifestyle’s spirit of adventure, says Lee Edmunds, manager of Honda Powersports marketing.

“The big challenge for us was to create a bike and a campaign that appealed to our existing customer base while also attracting a customer new to touring,” Edmunds says in a release, adding that the campaign’s videos should appeal to both customer bases.

The Gold Wing has always had a loyal audience and the new Gold Wing, has technological advances like Apple CarPlay, an industry first. In another first, the new Gold Wing boasts an available 7-speed automatic Dual Clutch transmission with handlebar-mounted paddle shifters. It’s lighter by nearly 90 pounds, with more power.

The microsite hosts five videos including a teaser video, “What Lies Beyond,” an ode to the touring lifestyle that celebrates the appeal of the open road and highlights the types of unexpected places and people we come across. “Beyond the Standard” is a video and interactive timeline. It celebrates the Gold Wing’s legacy and evolution from 1975 to modern day, bringing the iconic bike’s history to life.

In “Beyond the Screen,” weary of connecting with friends only on Facebook, a couple decides to break free from their phone screens and reconnect with far-flung friends in person, using the high-performing, comfortable Gold Wing to find the kinds of experiences you can only get in real life.  “Beyond the Gold Wing,” a product-centered piece, bridges the history and the modern day, and highlights the latest performance and technology innovations through the new model.  A fifth and final video will launch next month.