Hollywood House Of Cards: Sexual Harassment In The News 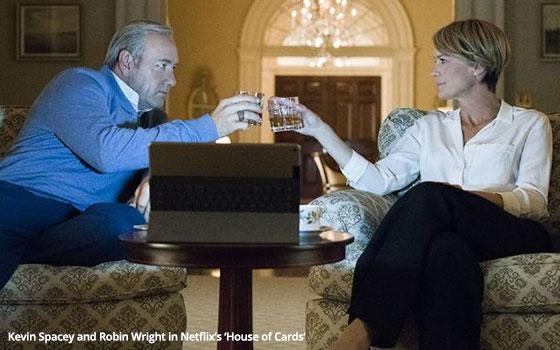 A casual glance at the headlines on some of the showbiz Web sites I look at every day reveals that sexual harassment is, for now, the big story of the day.

By "day," I do not mean "today." I mean it in the more general sense of “here in the present.” It has been a huge topic ever since the allegations against Harvey Weinstein began trickling into the news, and then became an avalanche. "Hurricane Harvey," you might even call it.

So now, the trades are filled daily with stories in which the words "sexual harassment" are seen in multiple headlines.

The latest, of course, is the news this week swirling around Kevin Spacey, who went from enjoying a reputation as one of our finest actors to a Hollywood pariah in the blink of an eye.

Netflix and “House of Cards” are washing their hands of him. And the International Academy of Television Arts & Sciences announced on Monday that it is withdrawing an award it had planned to give him.

Other stories in the trades on Monday and Tuesday -- specifically on The Hollywood Reporter Web site, THR.com -- included several follow-ups on the Spacey story.

The stories included Spacey's "statement" on the allegation that he came on to a 14-year-old actor many years ago. He said he didn't remember it, but if he did do it, he was sorry.

And there were stories reporting that MSNBC, NBC News and Showtime are cutting their ties with political journalist and author Mark Halperin in the aftermath of the sexual harassment allegations leveled against him recently.

Another story had Anthony Bourdain complaining that Quentin Tarantino was not outspoken enough about Harvey Weinstein. This was the kind of story that seemed to be beside the point, if not downright irrelevant (and not particularly newsworthy).

There was also a story about the show-runner on "The Simpsons," Al Jean, commenting publicly about the allegations recently that former President George H.W. Bush harassed a number of women some years ago.

Apparently, the folks at 'The Simpsons" have held a grudge against the former president, now 93, since 1992 when Bush reportedly said he wished American families would be “more like 'The Waltons' and less like ‘The Simpsons'."

So Al Jean, who has apparently harbored some resentment over this for 25 years, posted this tweet the other day: "I think George HW Bush should act more like the Waltons than the Simpsons. #25yearoldgrudge."

There was even a first-person story (there have been a number of these) penned on THR.com by Janis Paige, 95-year-old actress from Hollywood's Golden Age who told of her own terrible experiences as a victim of harassment (including what she called an attempted rape) 70-some years ago.

Sexual harassment is now such a big topic both in the TV business and in the larger world of show business generally that it looms as unavoidable fodder for one (or more) of these TV Blogs I write here every day.

And yet, if I can get away with it, and with today's blog hopefully serving as a sole exception, I would prefer not to touch this subject with a ten-foot pole.

Why? Well, for one thing, what can I possibly add to this? My own opinion on the subject of sexual harassment is that it is bad, and that people should't do it.

That opinion, while very truthful, is not exactly newsworthy either. Most people feel the same way.

After issuing that opinion, I could then attempt to opine on whether all the outrage is justified. I have thought about this and concluded that yes, it is justified.

Women have endured this kind of unwanted attention from men for what seems like forever, and it is now high time for sexual harassment to call it a day.

But here again, that's not a unique opinion or one that is necessarily worth writing, since many have already written it either in opinion columns, TV commentaries or in 140-character tweets.

I will say this about the subject of sexual harassment: It is ultimately a sad story, primarily for the victims.

I wish I could be optimistic that this flurry of revelations -- plus the many that I am sure are on the way -- will be enough to change the sexual harassment culture in Hollywood (and in every other industry where it takes place).

However, we have had flurries of these stories before and the culture did not change. If it had, we would not be discussing the whole thing all over again.

news, tv, women
1 comment about "Hollywood House Of Cards: Sexual Harassment In The News".
Check to receive email when comments are posted.
Next story loading