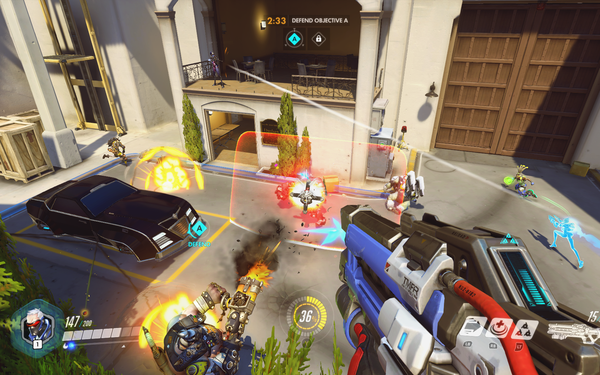 In a serious bid to lend legitimacy to a fledgling entry into the growing world of esports, HP and Intel have signed multi-year sponsorship agreements with Activision Blizzard’s Overwatch League.

Through the agreement, the two companies will sponsor Overwatch competitive events, as well as the league itself. The companies will provide events with cutting edge gaming hardware (specifically HP’s OMEN by HP gaming PCs), powered with Intel i7 processors.

“This is a huge deal in that we’ve got two great global partners to make Overwatch League the most-exciting thing in esports,” Mike Sepso, senior vice president at Activision Blizzard, tells Marketing Daily. “This is probably the biggest investment of resources, time and people in esports.”

“For more than 12 years Intel has consistently supported the esports community and we’re always looking for ways to help improve how they play, watch, and compete.” said John Bonini, VP and general manager of the VR, gaming, and esports group, Intel, in a statement. “The Overwatch League will be a great showcase for esports, and we’re excited to be a part of it with Blizzard.”

Developed around Blizzard Entertainment’s Overwatch game, the Overwatch League will begin its inaugural season on January 2018, with championships scheduled for July. According to the companies, esports has captured the attention of more than 280 million people around the globe, and has a higher engagement with millennials than the major professional sports leagues in the United States. Those stats, along with the game’s mainstream popularity, were key in getting HP to sign on.

“We saw Overwatch League as the perfect opportunity — having seen various leagues develop — this is the first we’ve seen looking to expand into the mainstream,” says Josh Kocurek, senior manager of global marketing at HP. “We see this as being a huge step into where the entire industry is going.”

Another enticement was the game’s global reach. The league will include city-based teams in Asia, Europe and North America right from the beginning, Kocurek notes. “The global unified approach was a big thing for us,” he says. “We wanted a partner that shared the same vision.”

In addition to providing equipment for the league games, HP’s involvement will include developing content based around the up-and-coming teams and players. “We’re going to help tell those stories to the masses,” Kocurek says.