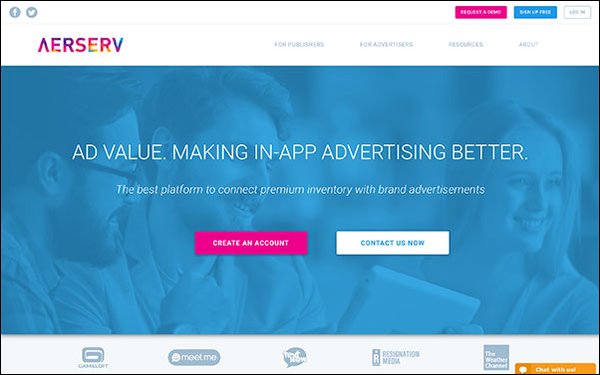 AerServ, which supports technology for in-app mobile publishing, on Tuesday announced a partnership with Google that aims to drive real-time compensation.

"It is unlikely publishers would have as much access to demand with little friction," he said. "It means more advertisers will bid on the inventory."

There is a lot of supply and inventory -- more suppliers than buyers, he said -- so the more places quality publishers can put inventory, the more likely they will get additional revenue for the ad space.

Speyer said mobile app publishers constantly face the challenge of balancing speed and demand for their inventory. The partnership with Google’s Exchange Bidding solves this issue by streamlining pricing and prioritization decisions for each mobile impression in real-time.

AerServ will allow brands to compete for ad impressions with other exchanges connected to DFP based on price and priority.

Speyer described AerServ's primary business as a mediator for app publishers that monetizes videos. It has an in-app brand advertising marketplace called aerMarket.

This partnership with Google and the Exchange Bidding solves several huge problems for app publishers, according to Speyer -- namely, finding new premium ad inventory without slowing down the app.

"As a former publisher, our greatest challenge was always how to sell more ad inventory for ever higher CPMs while balancing latency and its tax on user experience," Speyer said. "This partnership would certainly have been great to have as it helps solve that challenge without creating new or exacerbating existing latency challenges."

AerServ's most significant is the rollout of its Open Auction technology. This technology for app publishers is intended to help them sell more ad inventory for higher CPMs without compromising speed or efficiency.

Publishers will also no longer have to choose between additional monetization options and partners as Open Auction server-side implementation removes the friction and challenges of integrations and updates in the app, according to Speyer.

"Open Auction could be colloquially called 'In-App Header Bidding,' although there is no header in an app and the complexity of Open Auction far exceeds that of browser-based header bidding due to its complexity," he said.