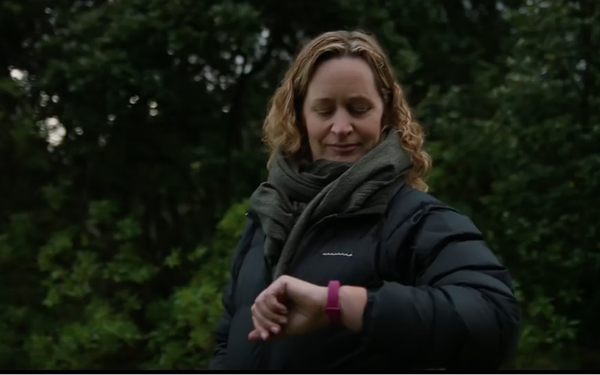 Fitbit wants consumers to know that its devices are more than just a mechanism for step counting.

It features real users and an overall new direction for the company’s marketing. Themed “Find Your Reason,” creative shows how Fitbit keeps users on their paths.

The campaign aims to celebrate the joy of achieving health and fitness milestones through collective stories of purpose, Rosa says.

“We know that every user has their own reason and motivation for engaging with Fitbit and we wanted to share these in the users’ own words to inspire others,” Rosa tells Marketing Daily. “With one of the world’s largest social fitness networks, we often hear diverse personal stories from our users about the impact Fitbit has had on their lives, so we’re excited to share these awe-inspiring experiences and inspire the whole Fitbit community to share their reason.”

The campaign aims to increase brand awareness and engagement and drive user acquisition by reinforcing the global impact Fitbit has had, he says.

“Fitbit’s devices and software have helped millions around the world change their lives and these real user stories serve as proof points of the success of our technology and offerings,” Rosa says. “They aren’t just fun features, but real tools that real people use to improve their health.”

A diverse group of Fitbit customers from across the globe, including a woman named Rachel — who lost 79 pounds, overcame Type 2 Diabetes and got pregnant — are featured in long-form videos, a national spot and a brand anthem. It was directed by Floyd Russ of Tool of North America.

A national TV spot featuring Rachel will begin airing on Nov. 13 and will run on prime time, early morning, and cable TV through December.

“Beyond video, we’re hoping to inspire the entire Fitbit community with a social call-to-action, encouraging users across the globe to share their own story using the hashtag #MyReasonIs,” Rosa says. “The stories will feed directly into the campaign website and will continue to showcase the positive impact Fitbit has had so others with similar conditions, challenges or goals can be inspired and educated.”

“We just announced that we’ll be working with the National Institutes of Health on a long-term research study to better understand the relationship between lifestyle behaviors and health outcomes,” Rosa says.