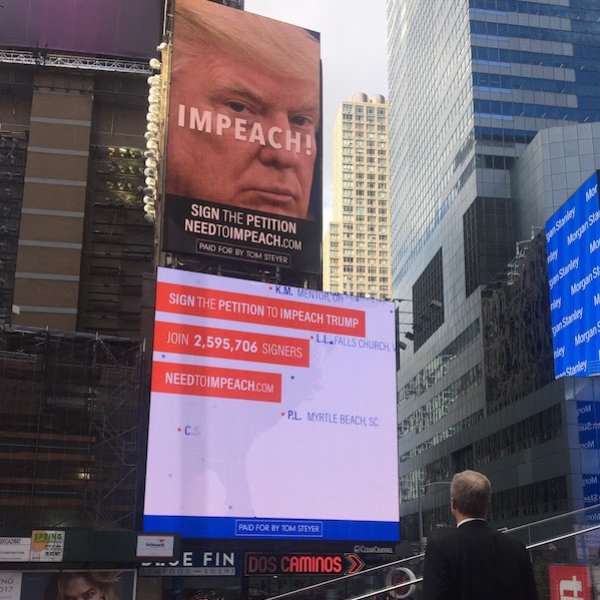 Billionaire Tom Steyer who has been funding a TV campaign encouraging Americans to sign a petition to impeach President Donald Trump, added out-of-home to his media mix on Monday.

The billboard, placed at a highly trafficked corner of New York’s Times Square, features a dour photo of Trump and a one-word headline: “Impeach!”

Like the TV spots, the billboard encourages passersby to go to NeedToImpeach.com to sign the petition. According to the billboard, 2,595,706 have done so to date.

“We launched this billboard in Times Square for a simple reason,” Steyer explains in an email, noting: “The American people, Congress, and President Trump himself need to see the nationwide strength of our movement.”