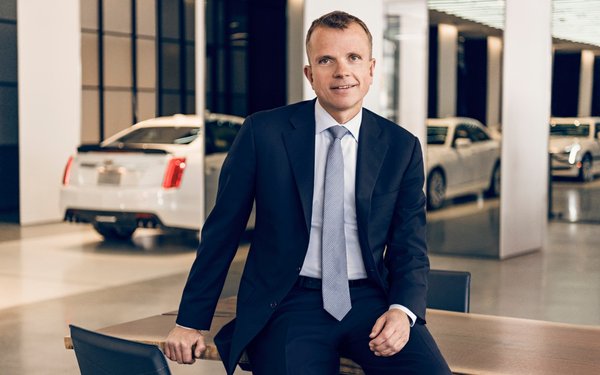 The marketing team was told of the plans during a conference call Friday morning (Dec. 1) conducted by Ellinghaus and Cadillac President Johan de Nysschen. Ellinghaus is leaving under good terms and “the door will always be open” for him, de Nysschen said during the call.

Ellinghaus plans to return to Germany. His resignation was prompted by health issues which will require surgery and a six-month recovery. The German native, who runs at least 12 miles a day, previously noted that he has missed only 30 days of running to sickness in the last 27 years.

Cadillac employees were “pretty caught off guard,” by the announcement, a source tells Marketing Daily. Ellinghaus was “really well thought of” and the news has left employees “surprised and anxious.”

Ellinghaus joined Cadillac in January 2014 from Montblanc, a luxury pen maker, where he was senior vice president of sales and marketing. Previously, he spent 15 years at BMW, culminating with the top marketing position.

Cadillac’s agency of record is Publicis Worldwide but many efforts under the “Dare Greatly” brand positioning are handled by Rokkan, owned by Publicis Groupe, which is the brand's social agency of record.

Ellinghaus recently spoke at the Association of National Advertisers Master of Marketing conference in Orlando, Fla. His topic, “Restoring an Iconic Luxury Brand,” detailed how the brand has been transforming to be more relevant to today’s luxury customer and its 10-year plan for growth. Cadillac has updated its brand image for a younger audience and is seeking to appeal to the next generation of luxury buyers by making product design — rather than prestige — the driving force of its appeal.

“Into the journey for less than three years, we have changed a lot on all fronts,” Ellinghaus said. “And we are walking the talk and doing exactly what we said we would do: daring greatly ourselves. All of us believe that we must create an alternative to the established luxury auto brands by going our own way and be American enough to go against the automotive elite.”