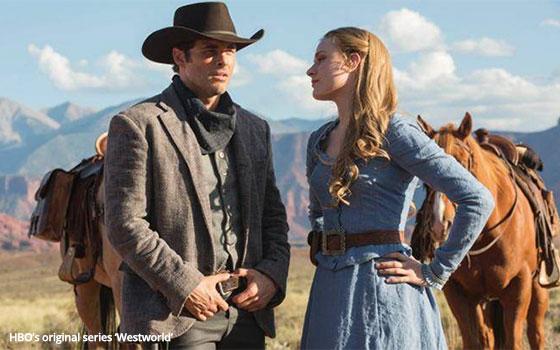 More and more media companies are building direct-to-consumer video services in a bid to compete with streaming giants like Netflix, Amazon and Hulu.

For decades, most TV companies have sold their product through middlemen, mostly cable or satellite providers, bundling their channels inside of a larger lineup.

As consumers cut or trim their cords, the value of the bundle erodes somewhat, and the need to build a direct relationship to consumers becomes increasingly apparent.

To that end, Disney is planning an ESPN-branded DTC service in 2018, and a Disney-branded movie and TV service for 2019. CBS already has its CBS All Access streaming service, and of course premium channels HBO and Showtime offer DTC offerings of their own.

“I am trying to build addicts -- and I want people addicted to something every week,” said HBO CEO Richard Plepler, speaking at Business Insider’s ignition conference last week. “What we are seeing is less churn, more engagement and more subscriber satisfaction. We want to put our foot on the accelerator and get more of that.”

Plepler said HBO first started researching DTC options five years ago, when the channel had about 30% penetration in the U.S.

“I asked a simple question of the teams and some folks we brought in: ‘Are we so in love with ourselves that we just assume that everyone out there knows what this brand is? That everybody out there just assumes they understand what is in our library?'” Plepler said. “I thought maybe we were wrong, and there was a kind of undecided vote out there.”

HBO’s research showed a significant chunk of the population actually didn’t know the range of the company's content -- and HBO Now was born from that realization.

Arguably the biggest challenge to building those brand addicts is keeping them engaged. While a deep library is invaluable, thanks to Netflix and Amazon consumers expect fresh content every week and in many cases every day.

Discovery Communications now has limited DTC offerings in the U.S., including Motor Trend On Demand, but others are likely to follow. In Europe, the company has a DTC offering from its sports channel Eurosport.

At the conference, Discovery CEO David Zaslav said the channel provided the company with a learning experience.  Eurosport offered subscribers a tennis season pass, which included live coverage of major tournaments like the U.S. and Australian Opens.

“We built a great platform with [BamTech], so we had a great sports networks product, but we had a lot of churn," said Zaslav. So the company asked those opting out, "Why are you churning now?"

What Discovery learned was that its customers expected to have something fresh every day, even if there wasn’t a tennis tournament happening. Eurosport has since started adding programming featuring some of its tennis analysts to the service to fill in on days without live games.

“That was a big reveal for us, that you need to publish a few times per day, even if it isn’t the actual live sport,” Zaslav said.

Disney, for its part, already seems to have learned those lessons. The company says it will have four or five original movies on its service each year, and a similar number of original series. Disney also plans to price its service “well below” that of Netflix, per Disney CEO Bob Iger. That makes for a compelling value proposition.

ESPN, meanwhile, is planning thousands of hours of live sports for its DTC offering, spanning major sports like baseball and hockey to college games and more obscure offerings -- all the more content to keep people engaged.

Going DTC isn’t a revolution isn’t as much as an evolution. These companies aren’t abandoning cable or satellite partners just yet, but they want to be prepared in case that world emerges.

“Now we have ambition not only to create great content that we still sell to distributors around the world, but to own content that people have a great affinity for, that people want to pay for before they pay for dinner,” Zaslav said.