Russians Are Out Of Winter Olympics -- Will U.S. Be Next? 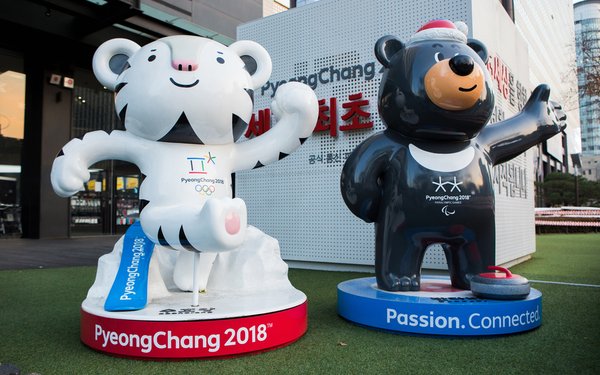 No Winter Olympics For U.S. Team.

Think about that as a headline, following the ban on the Russian team. Then think about those the raised eyebrows NBC sports executives may have right now.

On Thursday, White House Press Secretary Sarah Sanders said "no official decision has been made" on whether U.S. athletes will participate in the Winter Olympics in South Korea.

Well, we know why. Lots of tension around the Korean Peninsula -- in particular North Korea. The games will be held in Pyeongchang, South Korea, just 50 miles or so from the North Korean border.

This comes just two days after the International Olympic Committee decided to ban the Russian Olympic team — due to “systemic manipulation of the anti-doping rules and system in Russia.” The IOC will allow specific Russian athletes to compete under certain conditions -- but not under the Russian flag.

Since both the Russian and U.S. teams are perennial top Olympic medal earners — for the Summer and Winter Games — this can’t be good. (Russia finished first with 33 medals in Sochi; the U.S. was second with 28.)

Responding to a TV Watch inquiry, an NBC spokesperson said:

“As with every Games, the safety of our employees is always our No. 1 consideration. As a result, we are in close contact with numerous security agencies, including the U.S. State Department, which continues to advise us that it is safe for Americans to travel to South Korea.”

“The USOC [United States Olympic Committee] has said they plan on supporting their full Olympic and Paralympic delegations in PyeongChang, and we have no plans to change our preparation for the Games, which are in full swing.”

Where does this leave Olympic TV advertisers? Pretty much in the same spot.

And NBC needs all the drama — and sports competition — it can get.

The NBC network witnessed a 12% decline in viewership to 21.4 million average viewers for the 2014 Sochi Winter Games in Russia, versus the 2010 Vancouver Winter Games. That said, the Sochi Games were up 6% from the 20.2 million 2006 Winter Games in Torino, Italy.

All this comes as NBC has registered major advertising results for the PyeongChang Games.

In October, NBCUniversal touted it was tracking strong advertising gains for the PyeongChang Winter Olympics, estimated to be north of $935 million -- which would be a low “double-digits” percentage revenue hike from the mid-$800 million level of the Sochi Winter Olympics four years ago.

NBC also said it will no longer offer Olympic TV marketers guarantees based on a TV household metric. Now, guarantees will be on viewers 2+ (2 years and older).

If news events conclude with the U.S. team not participating, NBC Sports needs to offer major make-goods, “audience deficiency units,” for whatever inventory the network has set aside. This would be due to lower-than-expected viewership.

But that may not be enough. Make-goods in non-sports TV programming may be necessary -- if not less desired cash-back offers to TV marketers.