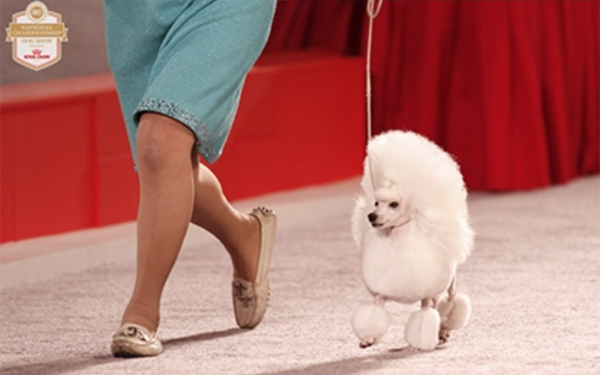 Royal Canin is returning as the presenting sponsor of the AKC National Championship on New Year’s Day.

It is viewed by many as the most prestigious dog show in North America, with more than 8,600 entries from around the world expected to compete for various prestigious titles across events, and thousands vying for the biggest monetary award in the world of dog sports.

This year’s show introduces several new elements, including special appearances by U.S. Marine and Military Police K9 Handler Megan Leavey at the Eukanuba booth. Eukanuba, which helped the AKC create the event in 2001, returns as a sponsor of the companion events, as the AKC National Championship celebrates its 17th year.

Animal Planet audiences will see highlights from each competition category, including agility, dock diving, and the highly anticipated Best in Show. Royal Canin has set up a microsite for those who want to learn more about the competition.

“Being the title sponsor is a strategic fit for Royal Canin on multiple levels,” Eckert tells Marketing Daily. “The partnership allows us to reach all of our key partners — consumers, breeders, owners, veterinarians and retailers — to create awareness about our commitment to purebred dogs, as well as showcase our precise breed-specific nutrition and the impact nutrition can have in a dog’s life.”

The show also allows the company to help foster an understanding about purebred dogs and what makes one breed different from another.

“This platform also allows us to provide a lens for consumers to best understand what breed is the best fit for their family and help connect them to responsible breeders,” she adds.

Last year’s sponsorship marked Royal Canin’s first year as the presenting sponsor, as the company took the reins from sister brand, Eukanuba, which had helped create the event with the AKC in 2001.

“The Royal Canin brand was completely ingrained into every aspect of the event — signage, branding, décor,” Eckert says. “Attendees will see a return of these elements as well as an expanded footprint for this year.”

Last year, Eukanuba also moved away from the title sponsorship and became the sponsor of the Companion events (AKC Agility Invitational, AKC Obedience Classic and North American Diving Dog Championship). This year, Eukanuba will continue its support of these events, as well as becoming the presenting sponsor of the 18th annual AKC Humane Fund Awards for Canine Excellence (ACE).

“These awards celebrate five loyal, hard-working dogs that have significantly improved the lives of their owners and communities,” Eckert says.

Royal Canin is unique in the pet food category because it offers more than 200 different diets to meet the varying needs of all cats and dogs.

“We offer Breed Health Nutrition for purebred dogs and pedigreed cats, as well as products based on a pet’s size, age and lifestyle,” she says. “We also offer a line of veterinary-exclusive diets that support a wide range of health issues. A Great Dane and a Yorkie are different in many ways — from their overall size to the way their body functions. Our diets take into account these differences and provide balanced nutrition while considering the size and shape of kibble that will be best for the breed.”