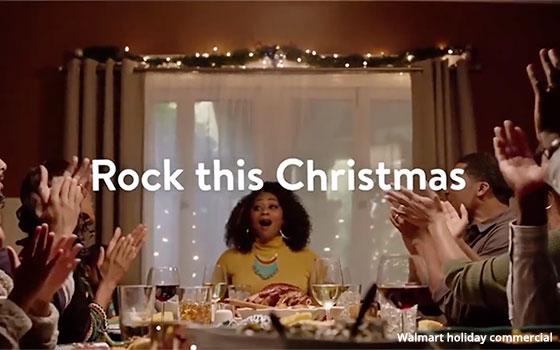 Big retailers are amping up their TV outlays, with national spending up sharply to $667.1 million, compared with $604.5 million last year. And there are still plenty of sales to be made, with half of America not finished with their holiday shopping.

Meanwhile, the National Retail Federation says 55% of American shoppers say they plan to have finished holiday shopping by December 20, while the rest — about 126 million people — expect to be in stores this weekend. And of those, 42% still haven’t decided what to buy. A hardy 6% don’t expect to be done until Christmas Eve, with another 5% planning to wait until after the big day.

The International Council of Shopping Centers is also predicting a somewhat smaller  turnout in the final weekend before Christmas. Its survey reports that 35% of adults plan to shop for the holiday on Saturday, with 55% of respondents shopping only in physical stores, to make sure they get gifts on time.

By channel, the NRF, a Washington D.C.-based trade association says that 51% of these procrastinators plan to shop online, followed by department stores (41%), discount stores (26%), clothing and accessories stores (21% percent) and electronics stores (18%.) And 14% say they intend to buy gifts either at local businesses or supermarkets.

Among the season’s biggest sellers, the multicooker is emerging as a powerhouse, with NPD Group reporting that these multitasking machines were top performers Thanksgiving weekend, often selling out. (And for the last 12 months, the market research company says sales have shot up 79% to $300 million.)

And the NRF is reporting that clothing and accessories are the most common gifts snapped up so far, chosen by 54% of its sample, followed by toys and gift cards (both 39%), books, movies or other media, 35%, and consumer electronics, 25%.

NRF’s survey, conducted by Prosper Insights & Analytics, is based on some 7,200 adults.