Voice Assistants Prepped For The Holidays 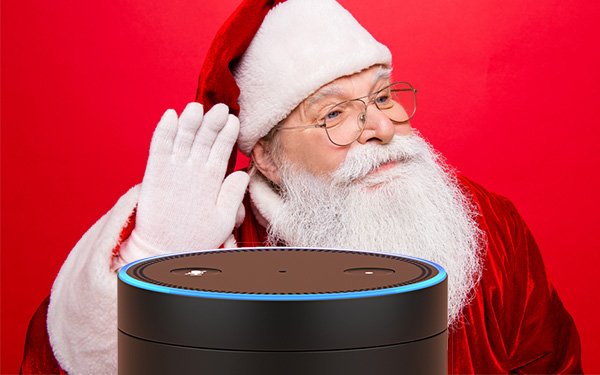 Digital voice assistants are into the holiday swing.

Companies behind the devices are now starting to fine-tune messaging to fit events.

New commands for Google Home were just released, including a command to call Santa.

Saying ‘Hey Google, talk to Santa,” triggers a phone call to the North Pole where an elf passes the caller through to Santa, who then interacts with the caller, asking questions about music and various other things. When silent, Santa patiently waits for an answer.

Of course, smart lights and smart plugs can be controlled by Google Home, so a plug could be named ‘Christmas tree,’ facilitating a command ‘Hey Google, turn on the Christmas tree.’

Smart speakers can easily be told to play Christmas music.

Those with Amazon Prime can just ask Alexa through their Echo Device to ‘play Christmas music.’ Those without a subscription still can get free holiday music by saying ‘Alexa, open Christmas Radio,’ which triggers a music app.

These could have the biggest impact on Santa, since one of the commands is ‘Xfinity Home, show me the living room camera,’ which conceivably could be triggered from the child’s bedroom.

Like smart speakers, voice through the Comcast devices also could be used to turn tree lights on and off, change thermostats and activate alarms.

While the alarm may be turned off in hopes of a visit by Santa, the chubby bearded one should be most concerned about that instant living room monitoring capability.