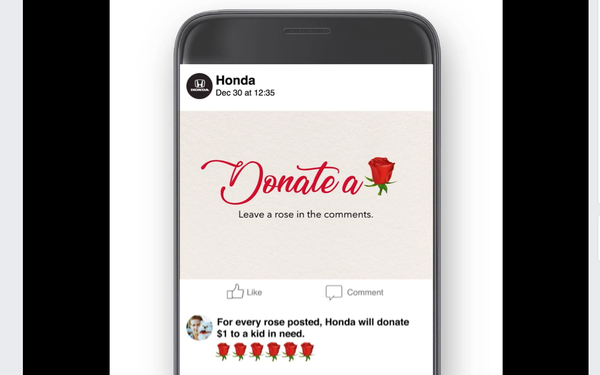 Honda is playing up its long-time Rose Parade sponsorship with a social campaign from RPA that gives to children in need.

In honor of 58 years of Honda celebrating the New Year on Jan. 1 in the Rose Parade, for every rose emoji shared on Facebook and Twitter Dec. 31 through Jan. 3, Honda will donate $1 to charity up to $25,000, “because every child deserves the chance to pursue their dreams,” according to the automaker.

The 38-second video on the automaker’s Facebook page shows Honda’s float entries in the parade over the years.

Consumers can also take part in the promotion by leaving a rose on Twitter.