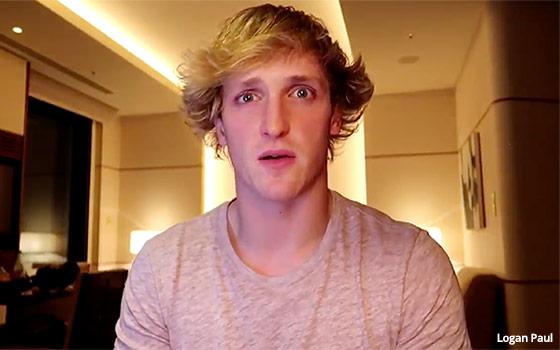 The outrage about a video uploaded by YouTube creator Logan Paul over the weekend has brought to the forefront more brand safety concerns about the Google-owned video site.

Paul, traveling with friends in Japan, discovered the body of a man who seemed to have recently committed suicide. He proceeded to film the body up close, and posted the whole experience to his YouTube page.

Celebrities and other YouTube stars then condemned the video as inappropriate and exploitative.

Paul apologized and removed the video hours later, after it had racked up more than six million views.

Paul, in his original video, mentioned that he had turned off monetization for the video, meaning that no ads would appear before or during the content.

Nonetheless, the video served as a stark reminder of the advertising pitfalls that remain with YouTube, the online video juggernaut that has battled multiple brand-safety problems over the last year.

Last spring, extremist groups used monetized YouTube videos to spread their messaging and drive revenue. A number of high-profile brands pulled their ads from YouTube as a result, although many subsequently returned over the summer.

“It definitely got a lot of brands to reconsider their YouTube spending strategy, and several major brands basically stopped spending on YouTube adverting altogether over the next few months,” said Pixability CTO Andreas Goeldi in an interview with Digital News Daily following that incident.

Paul’s channel is targeted toward teenagers and twenty somethings, but many younger kids are known to watch his videos.

While Paul did not monetize the suicide video, it's not clear that YouTube’s algorithm would have marked it as being inappropriate for ads, particularly given the popularity of his channel.

The video also highlights a related problem with YouTube’s focus on a few hundred creators and channels that produce original, premium content. Paul and his brother Jake Paul have some of the most popular channels on the site, and while the videos they make can be outrageous, they have generally been seen as acceptable to brands.

Some brands are now taking safety matters into their own hands. According toBusiness Insider, JPMorgan Chase is creating its own proprietary algorithm that can plug into YouTube’s API and target “safe” channels for the company’s ads to appear on.

YouTube remains the king of free, ad-supported streaming video, but Paul’s video highlights a problem for advertisers. As younger consumers turn more to content from YouTube creators, brands and marketers need to ensure they can reach those consumers, while staying in a brand-safe environment.