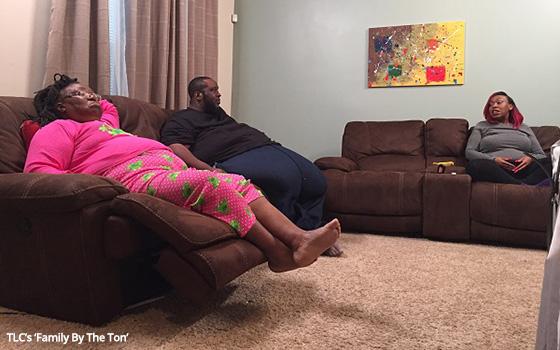 One of the most unlikely stars of reality television is Dr. Younan Nowzaradan, a Houston surgeon who specializes in treating the morbidly obese with various bariatric procedures.

Dr. Nowzaradan is the star of “My 600-lb Life” on TLC, the often mind-blowing reality series on TLC featuring people whose weight is well north of 600 pounds.

For these people, 600 pounds represents a weight-reduction target. It’s the weight “Dr. Now” (as he is known to his patients) requires them to achieve if he is to approve them for bariatric surgery.

While these procedures vary, simply put, most of them are invasive operations in which the size of a patient’s stomach is reduced in an effort designed to curb his or her appetite.

This, in turn, is expected to lead to lifestyle changes in which the patient should be able to curb his or her compulsive eating habits. Sometimes this works and sometimes it does not.

As noted here in previous TV Blogs, “My 600-lb Life” never ceases to fascinate, not least because of Dr. Now and the stern approach he sometimes has to take with these stubborn, addicted patients who realize their compulsive eating is killing them but continue to do it anyway.

On TV, Dr. Now comes across at first as a very unemotional guy whose tone of voice ranges narrowly from a nearly indecipherable mumble up to a mumble that is almost understandable.

Despite his distinctive monotone (or possibly because of it), when he gets mad or frustrated with patients, it makes for very dramatic television. He is a compelling figure who undoubtedly cares about his patients.

There is apparently no shortage of these morbidly obese people. Dr. Now's waiting room is filled with them -- a number of whom have been featured in past seasons of “My 600-lb Life.”

As in past seasons, these episodes will follow these patients on their personal weight-loss (and often weight-gain) journeys spanning a year or more.

TLC is evidently so pleased with this show that it will introduce a new one in the same vein on the same night this week directly at 10 p.m. Eastern directly following “My 600-lb Life.”

This new series will introduce a new bariatric surgeon to the TLC realm -- one Dr. Charles Procter Jr. of Atlanta.

He is the featured doctor who will be treating the obesity issues of three members of the same family whose combined weights add up to approximately a ton -- hence this show’s title (are you ready?): “Family By the Ton.” That’s the one-ton family in the photo above.

It's the latest in what you might describe as reality TV’s brand-extension philosophy. Why make just one “Real Housewives” show when you can make a half-dozen? If obesity is working for you, then make more.

The same goes for families with multiple wives. TLC’s “Sister Wives” is already established as TV's premier showcase for the “plural lifestyle” (as proponents refer to it).

And now, starting next Sunday (January 14), TLC will expand its exploration of this hot-button issue with “Seeking Sister Wives,” a new reality series featuring three families who are each looking to add a new “sister wife.”

Thus, this show will help answer the burning question: How does one go about finding a sister wife in the first place? It might even answer a question that is even more pressing: Why on earth would anyone want more than one wife? Isn’t one enough?

In its press materials, TLC positions itself as “offering remarkable real-life stories without judgment.” This is an accurate statement in the sense that the shows themselves are objective, not subjective.

But that does not mean that those of us watching at home will not have strong opinions on the subjects TLC covers in its shows. This is probably the key to their success.

It's a “we report, you decide” approach. TLC reports on these subjects, and we decide what we think of them.