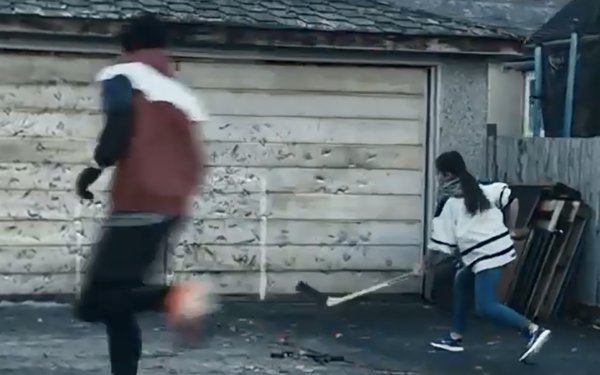 Nike and its agency, Wieden+Kennedy (W+K), utilized a first-of-a-kind media buy and creative execution that slightly tweaked an ad as it unspooled over the nine-day World Junior Hockey Championship in Canada.

The campaign needed to fill 31 slots of 90-second spots over nine days, says Chris Groom, creative director, W+K. "A single film wasn’t going to do that without wearing out fast. So we used the huge media buy to our advantage. It helped lead our story and our character development: make our hero less and less nice over the entire media run."

Directed by Stink Films' Keith McCarthy, the creative is designed to challenge the notion that all Canadians are nice by following an athlete on a training run before a hockey game as he slowly becomes "less nice."

For instance, in the first spot, the athlete tips over one garbage can, the second spot adds another toppled can, and so on. The entire nine spots feature some of Canada’s top athletes like snowboarders Mark McMorris and Spencer O’Brien, elite 800-meter runner Melissa Bishop and Vancouver Canuck star Bo Horvat.

“This unique approach was developed in response to how when Canadians watch a hockey series. There’s often the same ad on repeat, in a very short period of time," says Claire Rankine, communications director, Nike. "We wanted to create an innovative mini-film that provides the audience with a different episode throughout the World Junior games.”