In A First, Santander Gets (CGI) Animated With New Campaign 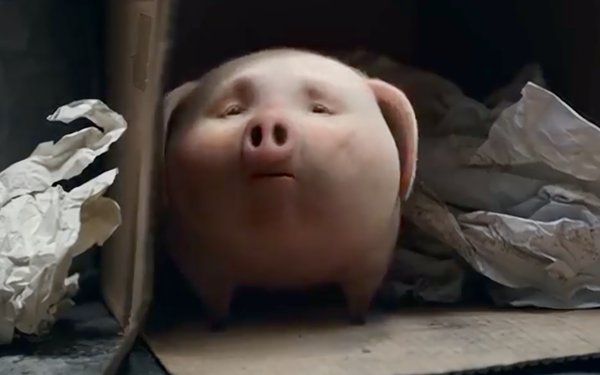 Santander Bank and its agency, Arnold Worldwide, are pivoting the financial institution away from its previous messaging to introduce a more approachable and lighthearted tone.

"We needed to be human, approachable and humble," says an agency spokesperson in describing the "Respect Adds Up" creative strategy.

Working with design shop Framestore, this is Santander's first time using CGI/animation in its advertising messaging. The brand anthem “Piggy” spot tells the story of a lost pig that is taken care of and returned to its owner by a Santander employee.

Four additional 30-second spots (here’s one example) also illustrate how "respect is a currency that goes a long way." James Bray, executive creative director, Arnold Worldwide, stated,“People don’t want to hear the same bank industry talk-track from yet another bank. So, we built a strategy around treating people how they'd want to be treated."

This is also the first time the brand’s media strategy is planned to be more heavily weighted in digital channels to reach the Millennial audience. The integrated digital buy includes online video, social media and partnerships with Hulu, Spotify and Pandora. Within this mix, there will be a second, product-based campaign that supports messages such as how Santander shows respect for its customers. This execution also includes a series of online videos that uses a tongue-in-cheek approach to address their bank-differentiating features, like easy-to-use mobile banking and checking accounts without monthly maintenance fees.

Ads will also appear across TV and out-of-home, based on Santander’s branch footprint, specifically Boston, Philadelphia and New York.