Canadians Demonstrate What It Means To 'Be Olympic' 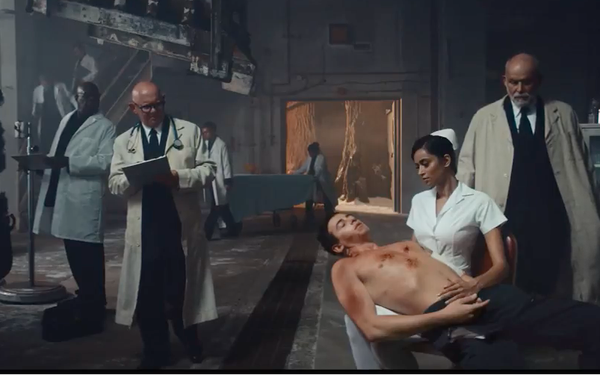 While Americans may be focusing their attention on the Super Bowl, their neighbors to the north are focusing on bigger, more global competition coming soon: The Winter Olympics.

In advance of the upcoming games in PyeongChang, South Korea, the Canadian Olympic Committee has launched a new marketing campaign to get Canadians excited and interested in the athletes representing their country. And it’s all under the tagline, “Be Olympic.”

Central to the effort is a new video campaign introducing a number of Canadian athletes who exemplify both Canadian and Olympic values. The spot takes a very stylized, dreamlike approach that showcases the athletes in a setting other than their fields of competition.

In slow motion, the athletes including Denny Morrison (long track speed skating); Chloe, Maxime and Justine Dufour-Lapointe (freestyle skiing), and Mark McMorris are depicted dramatically in a staged setting. “Who are these Olympians, who rise to dare greatly?” asks a voiceover. “Who believe glory is never limited to the victors? Who are they who stand for virtue and victory?”

The spot suggests Olympians don’t have to choose between the two. “Virtue is victory,” the voiceover says. “And struggle is triumph.” The spot concludes with a call to action for viewers to learn more about the athletes before the games.

Beyond the anthemic spot, the effort will also include short films highlighting the athlete stories and insights, as well as digital video content, out-of-home advertising and social media tactics. The campaign will run for about eight weeks, during which time the creators hope it sparks a national conversation about national identity.

“We wanted to shine a light on moments in our athletes' stories that showcase the best of us — values that define what it means to be Canadian and to be Olympic,” said Derek Kent, COC chief marketing officer, in a statement. “In doing this, we honor their dedication and their journey. We want to encourage Canadians to dig deeper and be inspired by our Olympians' incredible passion for sport. Inspired by their values of determination, unity and resilience.”