My Esteem For A Token 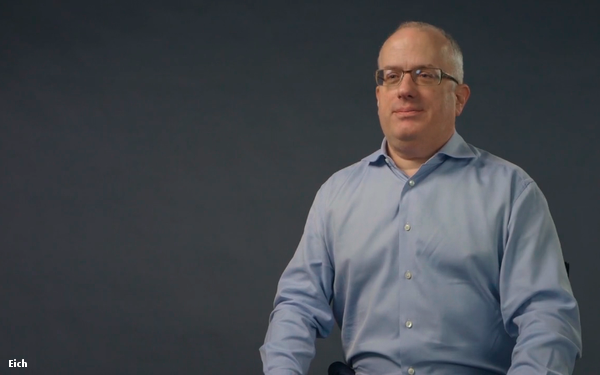 On the eve of tomorrow’s Forecast conference in New York City, I’ve been prepping my “2023” panel and all the obligatory near-future hot buttons that have come up in our preliminary discussions -- privacy/GDP, voice/search, AI, etc. -- but the one that has me thinking the most about the future of programmatic trading is blockchain and the prospects for creating a transparent, open ledger for trading “human attention.”

I know those concepts seem like they’re still a bit out there, but I’ve believed for some time that we’re reaching the tipping point for advertising’s historic “borrowed interest” model, and we need to move to one that gives people explicit control -- and participation -- in their own attention economy.

Many have already attempted this, but I think they have and continue to approach it from the wrong end of those economics. Most of the solutions I’ve seen have simply shifted from trading your attention by using the media you consume as a proxy for reaching you to one that uses your personal identity data (cookies, device IDs, geolocation via apps, etc.) as a proxy for your explicit permission and control. Both cases are trading you as a derivative, not giving you control of your own attention-based marketplace.

I’ve been thinking about this issue for some time, but what specifically got my attention for this column was a note I received from Empower MediaMarketing CEO Jim Price, asking me if I was familiar with Brendan Eich’s “basic attention token” (BAT).

I am, and I think it’s a good idea. Eich, a technology pioneer who was one of the founders of Mozilla, is the founder of a new Web browser called Brave, and BAT is his attempt to turn the attention people pay while browsing Web content into tokens that can be traded on a secure, blockchain-powered exchange.

It’s a smart solution leveraging an emerging technology likely to transform Madison Avenue in many ways.

Still, the biggest problem I have with this model isn’t the logic of tokenizing human attention. It’s who controls those tokens.

“We think the solution must involve a decentralized, transparent digital ad exchange based on the blockchain,” Eich says in the explainer video below.

Eich has been developing -- and iterating -- this concept over time, and he says the current version, leveraging the Brave browser, enables users to blocks ads and trackers, but (and this is the important part) also has a “ledger system for rewarding sites based on user attention.”

The next stage, he says, requires the development of a “decentralized ad exchange” based on a “new kind of currency for user attention.” Yep, you got it, it’s his “basic attention token.”

Eich’s a smart and ethical technologist and I think he’s right about tokenizing people’s attention. I just think he’s wrong about who should control it. In his model, Brave would control the exchange, take its cut and pay publishers based on the value advertisers place on the attention users pay to their content and pages.

From the beginning, Eich has said users would “also get a share for their attention if they choose to receive ads.

“From that share, they can donate back to the publishers they choose to support.”

Eich also envisions publishers who are paid in tokens are “able to use those tokens to reward users to promote their content. And if they like, they can charge for premium content that is paid in tokens.”

The model seems ideal, especially for Eich, who would operate as the middleman, collecting tolls and paying them out. In some ways, Eich’s model doesn’t sound all that different from what some ad blockers -- companies like AdBlock Plus -- have been trying to pull off.

I’ll leave it up to you to decide if these models are greenmail or shakedown rackets or not. A lot of that is in the eye of the beholder and I do think Eich’s model is a little more pure in the sense that he at least wants to be “open market"-based.

The problem I have is with who controls that marketplace. If it’s my attention, I think it should be me. I should be the one to decide what the value of exchanging my attention with another third party should be, including the data and actions that come from it.

If that’s still what he’s thinking, it’s a great model for Brave. It could be a good model for publishers. But I don’t think it’s a very fair model for the users. In the end, it's just another platform trading us like derivatives. And the only difference in leveraging blockchain technology, is a token one.