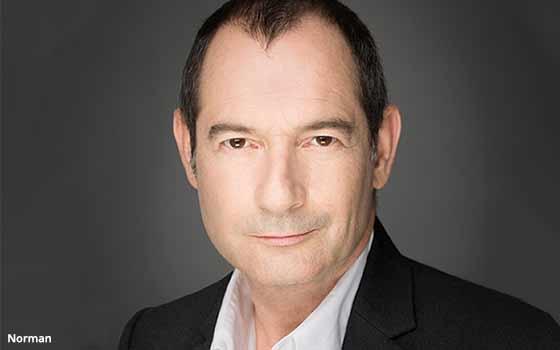 Following last week's news that he was joining the board of Zeotap, GroupM's Rob Norman is announcing he will also serve as a board director for Disney-funded start-up Playbuzz.

Norman continues to act as a senior advisor to GroupM, following his retirement as global chief digital officer after 31 years in various roles at WPP-held companies. His collaboration with Playbuzz is unaffiliated with GroupM.

The Playbuzz platform is designed to enable brands to introduce interactive branded content campaigns, which it then distributes at scale to its large network of publishers.

"I have a broad view of the ad world," says Norman, adding his role isn't just to "connect the company with advertisers and publishers."
There is opportunity in platforms like Playbuzz that serve marketers beyond the dominant players Facebook and Google.

At one side, you have the influencer, while the other hosts big filmmakers, he says. But there is untapped opportunity for those serving in the middle. "One massive [problem] in the world is that people seek to avoid ads, so if an ad wants to play a part in business and media, it just has to improve. I look for companies that can improve this [challenge]."

Norman says he is enjoying his retirement, allowing him to step back and view the industry from more of a macro scale. "It is really nice not to have to read 30 [pitch] decks in an evening," he jokes.

He enjoys leveraging his experience to help the next generation of companies improve the advertising industry. "The themes I am really interested in are low attention, privacy compliant, media optimization and real-time signals. Playbuzz hits all of them." Plus, he adds, it is easier for a company to evolve and grow when it "doesn't have a $30 billion valuation."