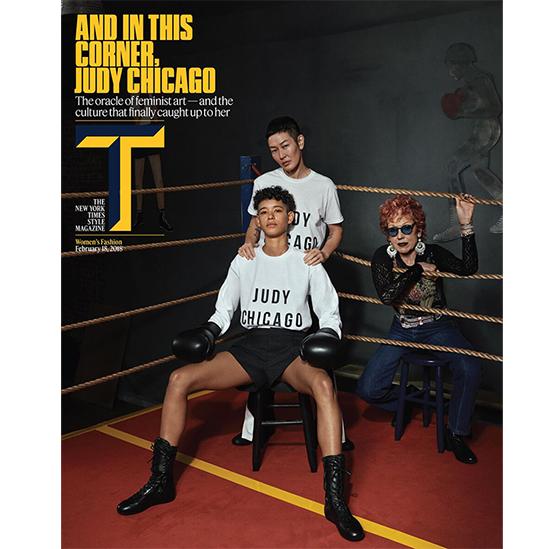 T Magazine, The New York Times’ style magazine, is redesigning its print and digital products with new content and an updated look.

T Magazine’s redesign hit the site yesterday, and the changes to the print magazine will appear Sunday, Feb. 18, in the magazine’s Women’s Fashion Issue. 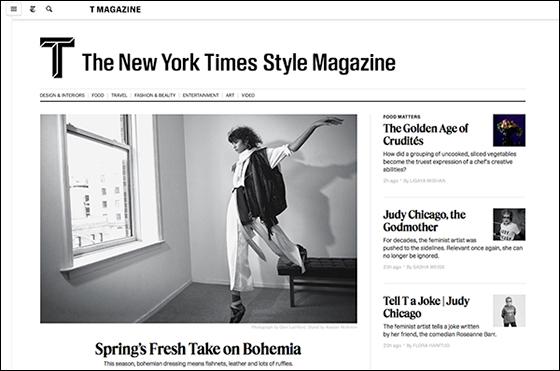 The redesign is the brain child of editor-in-chief Hanya Yanagihara and creative director Patrick Li.

T aims to “cast a more global lens” on its editorial, and a “more expansive approach” to its fashion, luxury and culture coverage, according to The New York Times Company.

“We changed the typography to make it feel more urgent and newsier, which felt tonally appropriate for this cultural moment,” Yanagihara stated. “We looked at ’70s-era newsmagazines, Tibor Kalman's Colors magazine and art posters by Jim Dine for inspiration to create a denser, more kinetic page that alludes to some of TheTimes' history, as well.

“The new custom typography and expansive layouts will allow for a more emphatic visual language that is less template and more elegantly experimental,” added Li.

Some key features of T  remain the same, such as its “sophisticated, disciplined font vocabulary,” its emphasis on negative space and its “straightforward and unfussy” display, Yanagihara stated.

T Magazine is getting a new front-of-book section, called “People, Places and Things.” The section will feature artists, spaces like home, museums and architecture, and objects, such as accessories and art.

The section will open with “T Introduces,” where the magazine will profile upcoming people, places and things changing the culture scene.

Other new features and columns will appear in the redesigned magazine as well, such as “Rediscoveries,” a spotlight on something our culture may have once overlooked.

The T Magazine site will expand its video series, "Tell T a Joke,” "Make T Something" and "Read T a Poem." The site will also add new video franchises and content for social media in the coming months.

Last spring, T reduced its publishing frequency from 13 to 11 issues a year.