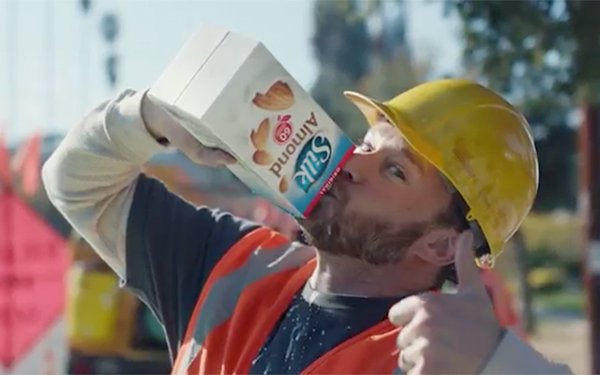 This is the first time Silk has worked with NBC during the Olympics, as well as the U.S. Figure Skating team.

Developed with agency Fallon Minneapolis, the "Progress is Perfection" creative is intended to celebrate little moments in life. "Most people will never reach perfection, and the pressure to strive for perfection is unnecessary," says an agency spokesperson. "Instead, progress is Silk’s perfection and should be yours, too."

The campaign launched today with an anthem spot in 31 markets during the Olympics Opening Ceremony.

Additional components include 15-second video executions that will debut digitally and in print throughout the year. Silk will also be encouraging people to post their own progress stories with #progressisperfection.

These components follow a soft launch in early January, with a spot featuring Olympian swimmer Michael Phelps.  The creative depicts him as the foil for “Greg,” a hardworking everyman who drinks Silk, swims laps a few mornings every week and has no interest in attaining a Phelps-esque level of perfection. "Greg, rather than Phelps, is presented as the ideal as Silk highlights that progress, in and of itself, is perfection."

Silk and Fallon have been working together since 2015. Fallon also works with DanoneWave on International Delight, Horizon, SToK and Left Field Farms.