AT&T Makes 'Your Thing' Their Thing 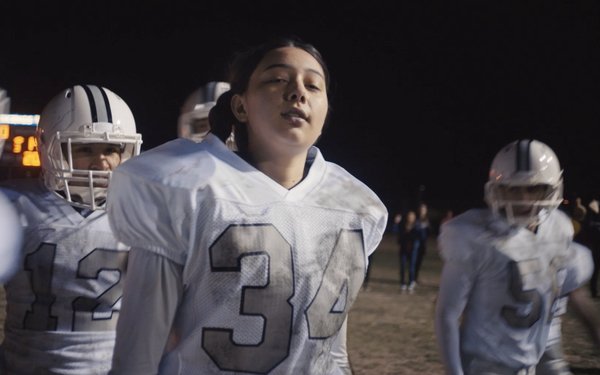 Whatever its customers’s thing is, AT&T wants them to have more of it.

The communications and entertainment company is launching a new campaign this week that connects all of its offerings — wireless voice, data and satellite TV — under one umbrella.

“It’s a pivot where we’re putting consumers first in what we do,” Marc Burns, AT&T’s vice president of advertising and social media, tells Marketing Daily. “What we do is somewhat intangible, and this is us showing how we enable the things you love.”

A new spot (from agency partners BBDO, Organic and Hearts & Science) launching this week illustrates exactly how AT&T brings customers “More for your thing.” The commercial begins with familiar entertainments, such as shots from Game of Thrones and Westworld (tying in to AT&T’s offer of free HBO Go for DirecTV customers), while a voiceover proclaims “Everyone has a thing: That binge-watch over the weekend thing or that ‘back-from-the-dead’ or robot cowboy thing.” The visuals then shift to more snackable entertainment like viral or how-to YouTube videos, as the video talks about more “checking-in or checking out things.” The visuals continue with people gaming, taking selfies and watching cat videos and other entertainment on their phones. “AT&T gives you more for your thing,” the voiceover concludes. “More entertainment, Internet and unlimited plans. More for your thing. Yeah, that’s our thing.”

“We’re always trying to look for the most powerful ways to demonstrate that what we do connects people with the things that they love in their lives,” Burns says.

The new theme replaces the different disparate messages the company has been using for its various divisions. Gone are the DirecTV ads that depict people enjoying unfortunate circumstances (like sitting in gum) because they also like cable services. Also discontinued are Mark Wahlberg representing a “consumers’ bill of rights” and the idea that AT&T helps people through “Mobilizing your world.”

“This is the first time we’ll have work [for] AT&T and DirecTV that will share connective tissue in ways that we’ve never done before,” Burns says. “Strategically, we’ve figured out this is the right way for us to operate.”

As the campaign moves forward, it will become more tactical, offering specific ways and promotions in which AT&T brings its customers more. Though the timing of the launch may be fortuitous, the campaign is not specifically timed to the Olympics (when many people will be watching live events and the commercials), Burns says.

“This is a platform that covers everything from top to bottom,” he says. “You’ll literally see it in every touchpoint that’s available to us.”