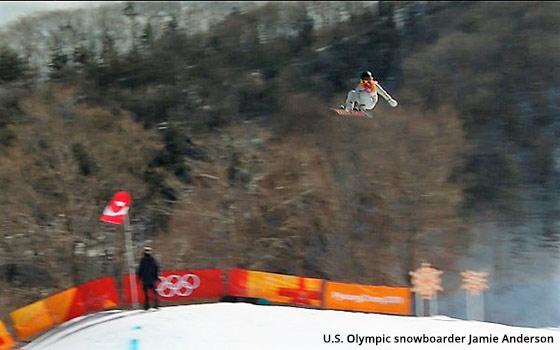 Since when did Kim Jong-un become a public relations mastermind?

Ever since before the Winter Olympics got underway last week in the southern portion of the Korean peninsula where he wields no power, the North Korean supreme leader seems to have hijacked the attention of the world's Olympic media.

You would have thought the Spice Girls had decided to reunite from all the excitement that has been generated by the attendance at the Games of Kim's sister, Kim Yo Jong.

Meanwhile, I'm thinking: Is she really his sister? Are we sure he even has a sister? Has anyone in the gaga U.S. media double-checked this? For all we know, Kim hired someone to play his “sister” for two weeks.

In case you haven’t heard, Kim’s little sis (or whoever she is) has come south to PyeongChang in South Korea to attend the Olympics.

She heads up an apparent entourage of North Koreans, including athletes, a cheerleading squad said to number almost 250 members and, presumably, various officials and chaperones.

She draws attention and photographers wherever she goes, like she is North Korea's Princess Di. Her every move has been chronicled -- who she shook hands with (South Korean President Moon Jae-in) and who would not shake hands with her (U.S. Vice President Mike Pence).

A story on CNN.com was typical of the coverage. The story carried the headline: “Kim Jong Un's sister is stealing the show at the Winter Olympics.”

Among other things, the story reported on what Lil’ Kim wrote in a guest book of some kind that was said to be the South Korean president's: “I hope [North Korean capital] Pyongyang and Seoul get closer in our people's hearts and move forward the future of prosperous unification.” Yeah -- as if that will ever happen.

The CNN story follows this stellar example of North Korean statesmanship with a paragraph positioning Kim Yo Jong in terms related to the Trump administration -- as if readers of this story wouldn't understand it otherwise.

“Seen by some as her brother's answer to American first daughter Ivanka Trump, Kim, 30, is not only a powerful member of Kim Jong Un's kitchen cabinet but also a foil to the perception of North Korea as antiquated and militaristic,” the story said. Yes, it actually said this.

There is so much wrong with this paragraph that I hardly know where to begin. For openers, how do the writers of this story (there are three shared bylines) know Miss Kim is “powerful” in her membership in this supposed “kitchen” cabinet of her brother's (if he is her brother)? The answer is: They don't know. But they wrote it here because they read it somewhere else.

Then there is the “seen by some …” phrase. Seen by whom? The story doesn't specify who sees Kim Yo Jong as Kim Jong-un's “answer to” Ivanka Trump. Where did this originate? A pundit somewhere? The U.S. State Department? Stephen Colbert? Who? Probably no one in particular.

As for Kim Yo Jong's position as a “foil to the perception of North Korea as antiquated and militaristic,” heaven only knows where this comes from. Is it because she is only 30? Does her relative youth (not that 30 is so young) make her “hip” or more open-minded than her older “brother” and his cohort of uniformed military men in those big hats they wear?

The point I am trying to make here is that sometimes these kinds of stories are more self-fulfilling prophecies than real stories.

This story's central assumption about Kim Yo Jong -- that her presence at the Winter Olympics has “hijacked” them -- is really only true in the context of the number of stories like this one. In other words, this was a story that had a headline before it had a story.

So a story had to be concocted to fulfill the headline's idea that Kim Yo Jong has drawn more attention at the Olympics than the much more deserving athletes who do such incredible things (such as U.S. snowboarder Jamie Anderson in midair in the photo above).

Well, maybe she has or maybe she has not. And if she has, she is not the p.r. mastermind behind this hijacking. Her brother is, and he has been aided and abetted by the world's news media.