In Spectrum Spot, Kids Have No Idea What A TV Is 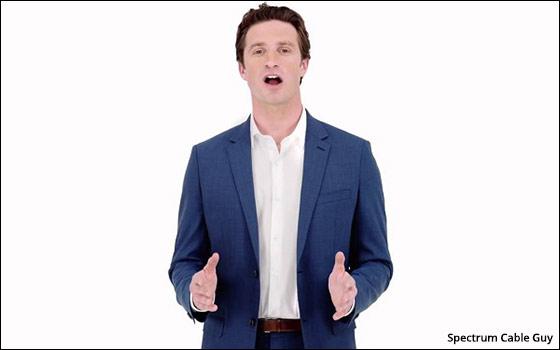 An undisputed truth hangs like a sword of Damocles over the thing we know as television: Children are not watching it.

For them, the television set or flat screen in the common area of a home or even in their own bedrooms is a dust-collecting relic -- like a fax machine or a landline home phone.

A new commercial seen on Monday evening in New York for Spectrum Cable acknowledges this truism right up front, and in so doing, consigns old-fashioned TV to the dustbin of media history.

It is doubtful that this was the intention of this commercial. Indeed, that is a lot of responsibility to place on a single TV spot.

But the commercial's message was clear: Kids do not watch video on the device known as a TV. And whether they are using the devices they know best such as smartphones to watch actual TV shows is an open question.

They do not seem to watch TV shows that often, Instead, they watch short-form video that they find on YouTube or learn about from their peers who share content with them on social media.

Spectrum's commercial features the bland man in a blue suit who is a recurring character in a series of Spectrum commercials going back to last year. The actor's name is Nate Smith (photo above).

In this new spot, the blue-suited man is standing in a sparse white space alongside two children each occupying a chair of their own and staring at devices. The kids, a boy and a girl, seem to be about 10, 11 or possibly 12 years old.

The boy is holding what looks to be a laptop. The girl is holding a smartphone. During the spot, the two children bicker mildly about the devices they prefer. She champions the smartphone, while he evidently prefers his small-screen laptop (or iPad).

While their opinions differ about the devices they like to use, neither of them cites a TV set as a viable option. On the contrary, at one point in the spot, they both decry the blue-suited man's suggestion that they might try watching their shows on a TV.

The children react by saying something along the lines of: What? Are you crazy? Watch a TV? Nobody does that anymore!

Well, for their generation, that does appear to be true, as many people with children in their households can attest. TV is simply not a part of their day-to-day lives. They might not even call the video they watch to entertain themselves “TV” at all.

For them, “TV” as a source of video entertainment has migrated from the wall of the great room over the fireplace to the palms of their hands. And the content they consume is as varied as the Internet itself.

If memory serves, the subject of this Spectrum spot is the Spectrum streaming app that enables users to watch TV anywhere across devices.

That is nothing new, but the commercial's blatant message that children have no relationship with TV, as “TV” is known to all the rest of us, is a stark reminder of the challenges TV as we know it faces in the not-too-distant future.

The commercial suggests that the challenge is, in fact, an existential one because the way children consume video entertainment seems to have no schedule, no theme, no consistency, and possibly, not even any advertising.

Instead, they watch video seemingly at random. And if that is what they intend to do when they become adults, then TV is toast.

digital, kids 6-11, tv
1 comment about "In Spectrum Spot, Kids Have No Idea What A TV Is".
Check to receive email when comments are posted.
Next story loading