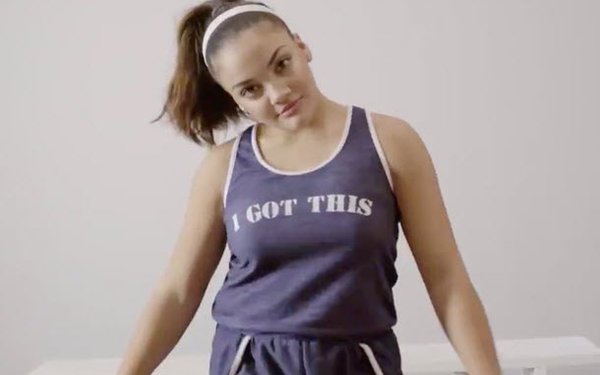 The tops, dresses and jeans — available up to size 20, to make sure they fit all girls — are scheduled to be available in 500 stores early next month.

The Plano, Tex.-based retailer says that Obsess is an effort to tap into Gen Z’s estimated $44 billion in buying power, catering to a market that “moves rapidly from one fashion trend to another, as they discover new style inspiration through daily social media feeds.”

It’s just the latest way that mall-based stores like Penney, which shut down nearly 140 underperforming units last year, are fighting for their lives. Industry experts have been predicting the death of the mall for years, with recent reports estimating that as many as 25% of America’s shopping centers will close in the next five years.

Teenagers, who have been giving malls the thumbs down, are also an essential part of the solution. A survey conducted last year by IBM and the National Retail Federation found that 67% of Gen Z consumers report that they still shop in physical stores most of the time. But more than half also said that it’s important that stores offer engaging experiences, and 52% said that they’ll switch from one retail brand to another if they perceive a drop in quality.

Meanwhile, a new survey from Morning Consult finds that, while 59% of Americans say they shop at non-strip malls, 54% do so less than they did five years ago.

This research confirms plenty of reasons that shoppers of all ages are “meh” about malls. For starters, consumers think they’re dated, with 59% saying they don’t believe that people will be shopping at malls 10 years from now. Among their biggest peeves? Crowds (55%), noise (47%) and teenagers (40%).

Still, the report stresses that despite those complaints, busy schedules, and the increasing importance of online shopping and big-box competitors, the real problem is oversaturation, or “over-malling.” A natural marketing correction is underway: 8,640 mall stores closed last year, a record high.

While there have been closures, new malls have meant that since 1970, “there hasn’t been a drop-off in the number of malls from year to year,” a spokesperson for The International Council of Shopping Centers tells Marketing Daily. “Occupancy rates for malls currently reside just above 93%, which is incredibly strong. During the recession in 2008, occupancy rates hit an all-time low, bottoming out around 88%.”

The Morning Consult reports that Class A malls, based on productivity and tenant quality, are doing fine, while Classes B, C and D are in the most peril. Those that fare the best are the ones who have focused more on consumer engagement, and less on retail. That includes increasing offerings in food, entertainment, and beverage; adding more community spaces and mixed-use areas; and investing to spruce up the facilitie

Consumers in its survey, which included 2,200 adults, said that lower prices (73%), better food (58%) and updated movie theaters (51%) would make them more likely to shop at malls.