Post-Mortem On The Winter Games: Does Anybody Really Care? 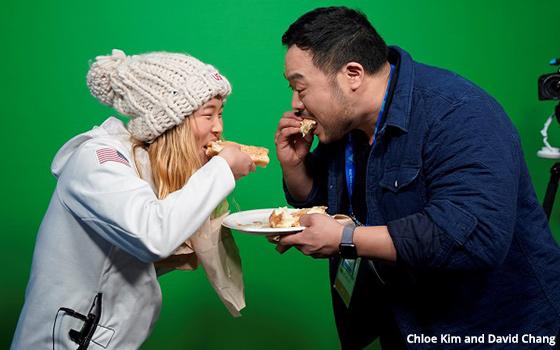 The Olympics of curling is now over, and the question is: Did you care about the Winter Olympics?

The two weeks-plus of Winter Olympics coverage on NBC came to an end Sunday night with the closing ceremonies.

Every day during this massive production, journalists on the TV beat received a steady stream of emailed press releases from NBC, including ratings reports and highlights of interviews with various athletes.

For me, they all tended to blur together and I don't think I read any of them, although I am sure they were well-written and well-intended.

When it comes to far-flung, multifaceted televised events such as this Olympics from Korea (or any Olympics), my interest tends to wax and wane throughout the two weeks.

I suspect others consume the Olympics this way too. And I also assume that there are still plenty of people who really make an event out of a televised Olympics -- watching it every evening, and keeping up with the names of the athletes (usually American) who get ballyhooed in NBC's coverage.

Having said that, it does seem as if the Olympics on TV -- like so much else in our cultural life thanks to the fragmentation and proliferation of so many other things to distract us -- are not nearly the attraction they once were for a generation raised in the network television era.

Once upon a time, everyone watched the Olympics and we knew everything and everybody who was in it. Today, the Olympics just seem smaller -- the result, perhaps, of a “flatter” media world.

For the first week or so of these PyeongChang Olympics starting way back on Thursday, February 8, I tended to tune in and out to see what was going on.

We happen to enjoy the figure skating here, so we watched a lot of that. However, it turned out that there were so many figure-skating events that by the middle of Week Two, we had overdosed. At that point, we gave up.

Among the problems was the constant chatter of the commentators with their smug critiques of these incredible athletes' routines.

This is a deficiency of some sports coverage (and the coverage of other non-sports events on TV too) that I have railed against for years.

It is this: Television is a powerful visual medium. When we are being shown compelling live pictures from an event such as Olympic figure skating -- the kind of thing that represents the pinnacle of achievement in this area -- the vast majority of us are capable of taking it in with our own eyes without having to listen to someone chattering.

The scenes being shown are more than enough to keep us glued to the show. The commentators are largely obnoxious. It is like sitting near someone who cannot shut up at the movies.

After every routine in skating (and other events), there is ample opportunity for post-mortems and replays. Why these people cannot wait until these intervals to bloviate is a mystery.

Even after more than half a century, TV must not yet trust its ability to provide pictures that speak for themselves.

At one point during an instance of extreme blabbermouth-itis, I wished NBC would have another stream on some channel where there was no commentary whatsoever -- like an Olympics C-Span.

In general, the Winter Olympics seem like a harder sell than the Summer ones. Sports such as skiing and snowboarding seem more like niche interests for people who live near mountains than universal sports such as track and field, for example.

And please do not get me started on curling. The effort NBC seems to expend every four years to get people to believe that curling should interest them always rings hollow to me.

I suppose there are all kinds of skills involved in this sport, but on TV, it is duller than watching a chess match. What's next? Shuffleboard in the Summer Games?

olympics, sports, tv
3 comments about "Post-Mortem On The Winter Games: Does Anybody Really Care?".
Check to receive email when comments are posted.
Read more comments >
Next story loading