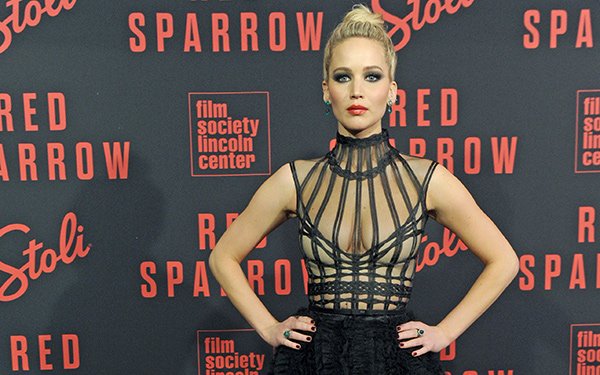 When a brand ties in with a movie that’s suddenly made almost eerily relevant by current events, it’s usually a good thing.

After all, the more timely the theme, the better the ticket sales (and streaming views) — and the more visibility for the brand’s placement in the film and various co-branded promotions.

Will those dynamics hold true in the current, exceptionally politically divisive climate? We may know soon enough.

Stoli is the official vodka partner of 20th Century Fox’s about-to-be-released “Red Sparrow.” The plot: Jennifer Lawrence plays a Russian prima ballerina who, after a career-ending injury, is manipulated into training as a Russian “Sparrow” — a secret intelligence agent who uses her body and mind as weapons. Her big mission: Seduce a U.S. agent “who handles the CIA's most sensitive penetration of Russian intelligence.”

Clearly, viewers are meant to empathize with the “Sparrow” — not only because Lawrence is currently Hollywood’s hottest star, or because of the impressive physical stunts and special effects, but because her character feels she must accede to this dubious career in order to support her sick mother.

Still, might some Americans be turned off by a Russian protagonist out to do harm to the United States — or a Russian brand sponsor — given that our own real intelligence agencies agree that we are under ongoing cyber-attacks by Russia?

The movie won’t be in theaters until March 2, but there’s been plenty of pre-release hype, including TV ads and a trailer. And so far, there’s no sign of backlash to the Russian spy theme.

Instead, in a telling sign of the current zeitgeist, there’s growing controversy about whether Lawrence’s revealing gowns and the sex-as-weapon nature of the role (which includes nude scenes) are sexist and demeaning to women.

The New York Times’s Michael Schmidt clearly believes that the Russian factor will prove a positive. “Given the real-life backdrop of the continuing investigation into whether Russian intelligence agencies outsmarted American intelligence services to help get Donald J. Trump elected president, the movie is fortuitous,” he wrote earlier this month.

The “Is it sexist?” debate may also help the box office and Stoli’s resulting visibility. As might another prurient aspect of the political backdrop: At least in past decades, Russian intelligence agencies were known to run real-life schools training women as “honey pots” who use sex as a seduction tool. That tidbit was noted by a real, former CIA agent who spoke on a recent panel with Jennifer Lawrence and the movie’s director, Francis Lawrence.

Also during that panel, reported The Times’s Schmidt, the director confessed that when work on the movie began three years ago, he and the producers were worried that “the idea of tension between the United States and Russia did not feel relevant,” adding that it “became more and more relevant as [the shooting] progressed.”

With the Russia investigation heating up, but no immediate end apparently in sight, both the movie makers and Stoli may indeed get some benefit from the buzz and headlines about the latest revelations, rather than be harmed by negative associations.

Another interesting irony: While Stoli — née Stolichnaya — was an obvious partner for the flick because it is indeed an historic Russian brand, it’s these days made in former Soviet republic-turned-EU member Latvia (some of its ingredients do hail from Russia).

As for the co-branded Stoli/”Red Sparrow” campaign, it is dubbed “Vodka MasteRED,” and will run in print, digital and on ESPN Radio’s “Golic & Wingo.”

In addition, movie content will run on Stoli’s Instagram and Facebook channels, along with a sweeps offering a prize of a “seductively stylish, top-secret trip” to New York City.

And for added punch, Stoli movie-themed cocktails, including the “Red Mule” and the “Raz Sparrow,” which will be available in souvenir cups during showings at select locations of several major cinema chains.