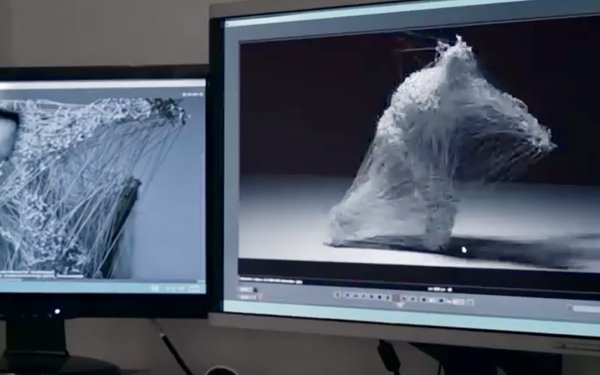 Microsoft is out with a new campaign dubbed “Vision/AI” that showcases innovation and how the company deploys it to empower consumers.

An anthem spot currently anchoring the campaign features recording artist and Oscar nominee Common, who has been a Microsoft spokesman since 2015. Now, for the first time, he appears on camera in the ad, which can be seen here.

The campaign is designed to demonstrate the power of AI and how technology can solve problems throughout the world, and Microsoft’s vision for doing that.

The spot is interlaced with footage of people utilizing Microsoft technologies like HoloLens and AI. It ends with Common asking viewers, “What will you do?”

The campaign, from agency Blk-Ops, will progress with stories from innovators leveraging AI technology to execute groundbreaking ideas.

One such story will feature Ros Harvey from The Yield, an Australian agricultural tech company that is using AI to provide farmers with predictive analysis to help them better manage their farms.

Another ad will showcase Yves Ubelmann of Iconem, a French company using AI technology to create detailed 3D renderings of iconic buildings and monuments around the world that are at risk of being lost forever.