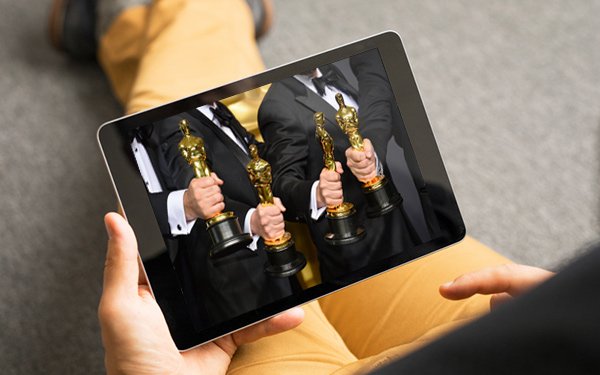 The number of consumers live-streaming this year’s Academy Awards, set to broadcast Sunday on ABC, is expected to rise by 28% compared to last year, according to a report released Thursday by  programmatic, search, social and native ad firm Adtaxi.

In addition, among those watching via linear platforms, 59% will use secondary channels like social media to consume Oscars-related content.

While ABC does not offer a stand-alone streaming service like CBS All Access, the network is available on most of the major streaming video bundles such as Sling TV, Hulu Live TV and YouTube TV. In addition, ABC allows cable and satellite customers to stream a live feed through an authenticated app.

Analyst Craig Moffett wrote in a research note that streaming OTT bundles were growing “like weeds,” estimating that the number of subscribers to these services has doubled over the past year, to more than five million.

“The Oscars: All Access,” a digital show sponsored by AT&T that will feature backstage reports, live look-ins to the main event and red carpet coverage, will stream exclusively on Facebook’s “Watch” platform, available on the Academy Awards Facebook page and ABC’s Facebook page.

While “All Access” won’t offer the same experience as watching the awards, it is designed to be viewed on a secondary screen during the broadcast itself, part of an effort to reach those 59% of consumers cited by Adtaxi.