Women, Their Achievements And Dreams Are On Full Display In IDW Ads 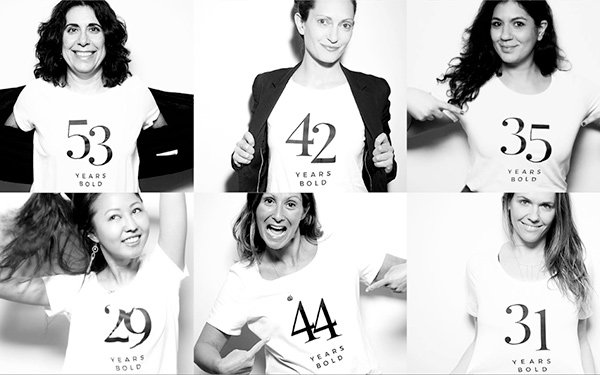 Many agencies worked with clients this year to develop activations that both raised their respective clients' brand awareness while also celebrating women on Thursday, March 8. Here’s a sampling:

The&Partnership and client Chico's are leveraging the retailer's recently launched “How Bold Are You?” campaign by having several of the agency's women - including managing partner Victoria Davies, creative director Natasha Romariz Maasri, and head of business development Kelly Stevens - appear in a :15-second Times Square video billboard to challenge women to embrace their age. The video will air for a 24-hour period on March 8.

Gyro and client Hiscox have purchased a full-page ad in today’s New York Times  to announce the next phase of the insurer's Impossible campaign. The creative features a hammer and applauds the women who courageously continue to lead the charge of breaking through the glass ceiling. While the first part of the campaign focused on the positive power of risk-taking to transform the "seemingly impossible into something possible," this new component celebrates the "courageous spirit and strength" of female business owners and executives.

Brookside Chocolate, along with agencies Anomaly, UM and Zeno Group, is out with a new campaign that celebrates women making transitions in their mid-lives. The "That's Ballsy" creative features seven women-- including former Go-Go’s musician Kathy Valentine and Olympic medalist Cara-Beth Burnside – sharing their stories of how they “dare to be different.” Each personal anecdote will appear via online advertising and social content and extend to other consumer touchpoints throughout the coming months.

FTD, Popsugar and MullenLowe are handing out 10,000 custom bouquets to both lucky men and women in New York City. The #PetalsForProgress Flower Market floral pop-up event takes place at 34 Little W. 12th St. from 1 p.m. to 6 p.m.  For those not able to get their own bouquets, there will be a "floral wonderland" complete with 15,000 fresh flowers used to create a floral-covered garden swing, carts filled with blossoms, and a bouquet bar, all designed to be spread across social media.

Spark Foundry is executing a special Facebook Live panel hosted by UBS and Mashable to raise awareness of the gender pay gap in investing throughout the financial community. The partnership combines UBS’ investment expertise with Mashable’s digital platform.

The Chartered Management Institute (CMI) and agency TMW Unlimited are releasing a tongue-in-cheek film to highlight some of the workplace behaviors that can lead to gender inequality. Starring UK comedians Stevie Martin and Thom Tuck, the film parodies corporate training videos, highlighting the sometimes accidental behaviors and “micro-aggressions” that still mar the reality of work for too many people.

The two-minute video is promoted across social media as well as on the CMI’s own channels. A panel discussion featuring Martin is being live-streamed on Facebook on Thursday where viewers are invited to ask questions and share experiences. The film is part of the larger #CallOutForChange initiative designed to raise awareness for the leadership management program.