Attention, Men: Upfronts Have Some Seats In The Back For You 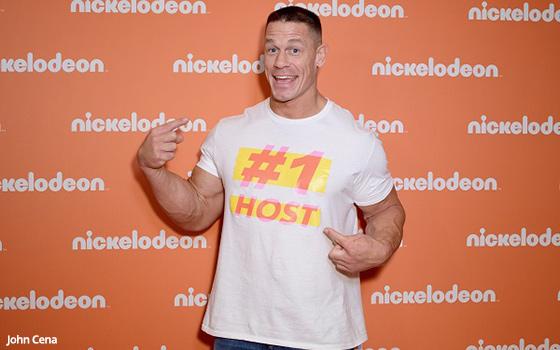 A statement about the male-female makeup of the Nickelodeon workforce, delivered at the company's upfront presentation earlier this month by Nickelodeon Group President Cyma Zarghami, was jarring.

It seemed to come out of nowhere, and unless I missed something, it had little or nothing to do with the event's selling message.

It came near the beginning of Nickelodeon's presentation following a rousing performance by the cast of “SpongeBob SquarePants: The Broadway Musical.” Nick’s upfront was held at the Palace Theater, where “SpongeBob,” a Nickelodeon property, is playing.

Basically, Zarghami noted that women make up 60% of Nickelodeon's employees and declared this to be “a very valuable asset.”

This update on the gender profile of Nickelodeon's employee ranks came after a new promotional video was shown for a brand campaign called “That's Me.” The video showed a lot of cute kids being themselves and demonstrating their uniqueness and individuality.

“We're going to celebrate kids all year long, and since March is Women's History Month, the first round of spots will focus on girls to celebrate and help empower them,” Zarghami said. “We have a long-standing history of creating strong female characters in leading roles and at Nickelodeon, our workforce is 60% women. Not only is that fairly unique today, but I believe it is a very valuable asset.”

I wonder what she meant. Did she mean that Nickelodeon believes women have a greater rapport with children than men, and are therefore better able to create content for kids? And if that is the case, what about fathers? The last time I checked, most kids had a mother and a father.

The remark seemed to pass unnoticed by the attendees at the upfront, where the audience comprised both men and women (the percentages of each could not be determined).

Admittedly, I may have been the only man in the theater who was jarred, but as a journalist, one develops a keen instinct for statements that seem, well, slightly off. When I heard this one, I asked myself: Should men just not bother applying for positions at Nickelodeon?

Let the record show that John Cena, a man (seen in the photo above), made multiple appearances onstage at the Nick upfront in support of Nickelodeon's presentation.

Despite his presence, however, Zarghami's statement struck me as a play for relevance in the #MeToo era of female empowerment. This gender percentage accounting of Nickelodeon's workforce, in which women evidently predominate, was nothing if not trendy.

Nick's upfront was the first TV sales presentation of the long upfront season. A few weeks later, as A+E Networks prepared for its upfront held last week, a press release appeared in my email inbox.

This news release blithely announced that the company’s “presenters” at its upfront would all be women. “A+E Networks Puts Women Storytellers Up Front,” read the headline on the release, followed by a subhead: “Global Media Company -- a Pioneer in Empowering Women Content Makers -- to Double Down On Their Commitment to Women with an All-Woman Slate of Presenters at Upfront.”

This was the first time, as far as I could recall, that participants at a TV upfront were referred to as “presenters,” as if A+E's upfront was on par with a Hollywood awards show.

In the awards-show season that concluded recently with the Oscars, the Screen Actors Guild Awards made headlines with its own all-female slate of presenters.

I happened to catch a few minutes of it and found it unbearable to watch. I readily admit that this reaction emerged in all likelihood because I am a man. Being a man does not happen to be a crime, by the way.

No other awards show this year went the all-female route, not even the Oscars.

However, upfront season is not awards season. And it is possible we are on the cusp of a new trend this spring in which a company's record in the area of female empowerment is seen as so important that it bears mentioning (Nickelodeon) or emphasizing (A+E).

The announcement about the all-female slate of presenters at A+E’s upfront was made by Peter Olsen, EVP, ad sales.