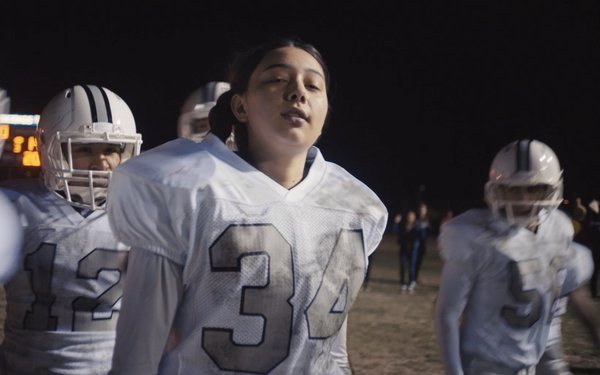 AT&T has filed a trademark request for “AT&T TV” with the U.S. Patent and Trademark Office, pointing, perhaps, to a new TV service being hatched by the corporate parent of DirecTV and would-be owner of Time Warner Inc.

Or possibly, it could mean a name change for DirecTV or DirecTV Now, the live streaming service.

AT&T also offers a service called U-Verse that at one time offered bundled triple-play packages and was a challenger to Verizon’s FiOS and traditional cable services. And if it gains Justice Department approval of its merger with Time Warner, it would own TV brands like CNN, Cartoon Network, TBS and TNT.

AT&T, by whatever name, left requests for comment unanswered.

The filing was first reported by Phillip Swann, a long-time tech reporter who once was editor and publisher of Satellite Direct, a magazine targeted to DirecTV customers.

Swann cautioned that the trademark request also might be a big letdown, noting that the company may have just filed the request with no intention of using it.

But the request may explain why last month, AT&T launched its “More for your thing” campaign that tied the AT&T name to its various media and communications enterprises — wireless voice, data and DirecTV.

As Marketing Daily reported, AT&T at the same time discontinued its humorous commercials for DirecTV that suggested the only people who like cable TV also like other bad things like walking into glass sliding doors or sitting on spent chewing gum.

“This is the first time we’ll have work [for] AT&T and DirecTV that will share connective tissue in ways that we’ve never done before,” Marc Burns, AT&T’s vice president of advertising and social media, then told Marketing Daily. “Strategically, we’ve figured out this is the right way for us to operate.”

Like some cable operators, DirecTV is now challenged for customers from live-streaming services like SlingTV, PlayStation Vue and, somewhat confusingly, DirecTV Now itself. It might be AT&T TV could become a new name for that streaming product, choosing a brand that already resonates with consumers who already know AT&T from its mobile brand.

A new report from Leichtman Research Group points out that DirecTV lost upwards of a half million subscribers last year, and its satellite competitor, Dish, which also owns Sling, lost a million.