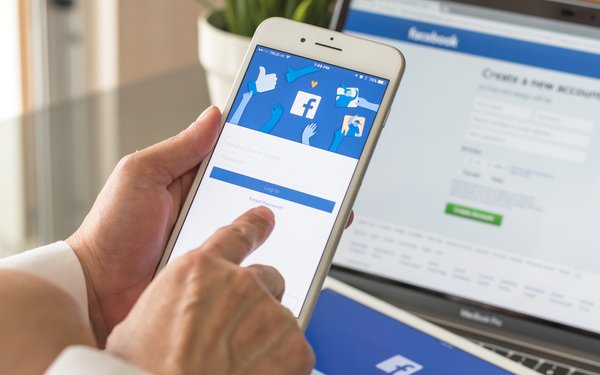 Are federal regulators gunning for Facebook? Welcome to the world of media regulation, especially when Facebook is — for the most part — the only game in town.

Facebook COO Sheryl Sandberg said to CNBC on Thursday: "We're open to regulation. We work with lawmakers all over the world."  All this stems from continued problems the social network had with Cambridge Analytica, which got illegal access to the personal data of an estimated 50 million Facebook users.

Facebook has some 240 million U.S. monthly users, and some 2.2 billion worldwide, making it an easy target for governmental regulators worldwide.

On CNBC, Kevin O’Leary, president of O’Shares ETF Investments, said: “Where can I -- as a business in America -- get access to 2 billion [worldwide] customers that I can focus on, talk to and communicate with, have dialogue with and create a bond? There is no other place ... There is nowhere else to go.”

Think back to the 1960s. Wonder if major U.S. brand advertisers weren’t thinking the same thing -- that there was no media alternative to what they had.

Sure, there were newspapers, magazines and radio -- very strong media platforms. But did they have “sight, sound and motion” messaging for their advertisers? Nope. Yet, by the late 1980s/early 1990s, cable networks were growing, as well as local TV stations and national syndicated TV programs.

As a consequence, media-buying agencies hired executives with “new media” in their titles.

Is O’Leary correct?  Right now, anyway. Even with the prospect of losing big media scale, some Facebook advertisers are thinking they need to take a “pause.” Mozilla, the maker of internet browser Firefox, is doing this.

Facebook is expecting the worst, particularly when it comes to regulation around advertising.

Sandberg on CNBC: “Mark [Zuckerberg, CEO of Facebook] has said, it’s not a question of if regulation, it’s a question of what type. Right now, we are not even waiting for regulation. The most likely legislation is around ads.”

TV has rules and regulation for its advertisers; now major social media platforms will probably get it too.

advertising, regulation, social media, tv
2 comments about "TV Ad Regulations May Be Next For Facebook".
Check to receive email when comments are posted.
Read more comments >
Next story loading