A Funny Thing Happened On My Way To Deleting Facebook 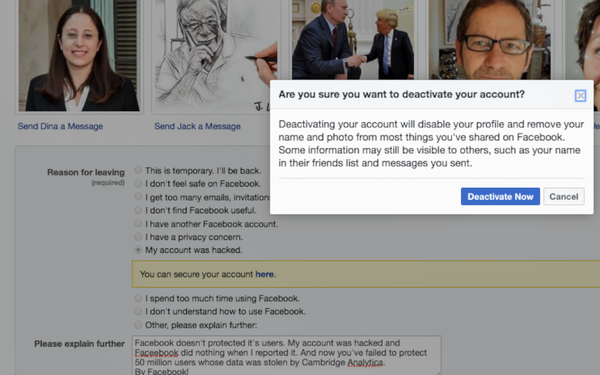 Well, technically, I couldn’t “delete” it, but I was able to “deactivate” it, making me think that Facebook owns the past decade of my presence on its platform for perpetuity.

According to its notification to me, the deactivation merely disabled my profile and removed my name and photo from most of the things I’ve shared on Facebook.

“Some information may still be visible to others, such as your name in their friends list and messages you sent.”

Not exactly a right to be forgotten.

The second funny thing that happened was the reactions of my Facebook friends when I posted a notice saying I was about to delete my account, but letting them know there still are plenty of ways to find me, share things with me, or actually be my friend -- you know, in the real world. They seemed upset -- even those who gave me kudos, and said they were “this close” to doing the same.

But when I asked them why they weren’t deleting Facebook, the answer was that they were afraid to.

Specifically, they feared that if they left Facebook, they would become disconnected from the world, and people wouldn’t be able to find them.

I have no idea how pervasive that sentiment is. But I’m going to guess that those friends who articulated that concern are actually among the savvier media consumers in the world.

So if they’re worried about being cut off from the Facebook spigot, then I’m thinking Facebook has nothing to worry about, despite the recent bashing of its stock price.

As we all know, fear is a big motivator in human behavior. If we don’t have a really good reason to change, fear will keep us doing something.

I don’t know what it would take to change that feeling. If Facebook’s emotional experiments didn’t do that, and if the breach of 50 million Facebook users’ data didn’t do it, I’d say most investors would be confident in staying long on Facebook stock. 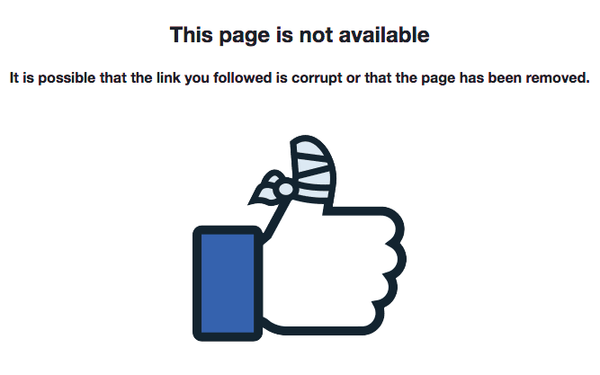