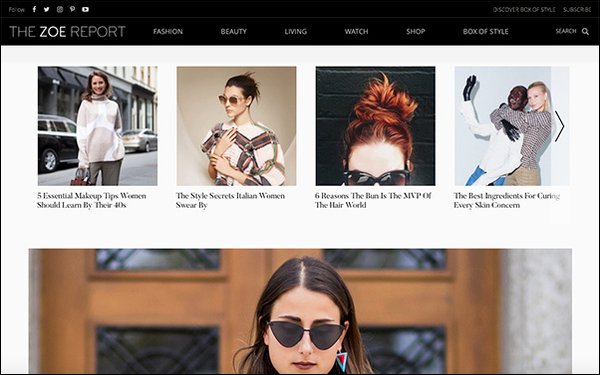 The Zoe Report, a popular fashion and lifestyle site founded by designer Rachel Zoe, will officially become a part of the growing Bustle Digital Group empire as of April 1.

Reported by Axios, the site was acquired for an undisclosed amount, however the sale was a combination of stocks and cash.

The Zoe Report will continue to operate independently. Rachel Zoe will stay on as founder and editor-at-large. Twenty staffers will also join Bustle Digital Group in the deal.

By adding The Zoe Report to its stable of sites, including Bustle, Romper and Elite Daily, the digital media company will gain access to the website’s more than 2 million email subscribers and a significant social-media audience.

Likewise, The Zoe Report will benefit from Bustle’s robust resources, including audience data and sales infrastructure.

Bryan Goldberg, Bustle Digital Group CEO, stated to Axios: "The Zoe Report is a great example of what the company intends to do. It is a property with significant revenue, because of its authority in a specific category. Our scale and infrastructure allows us to grow that revenue, while limiting the impact on marginal operating costs."

According to Goldberg, the company is also interested in extending its reach through future acquisitions, specifically those that will deepen the company’s coverage of “soft-news categories,” like travel, wellness and food.