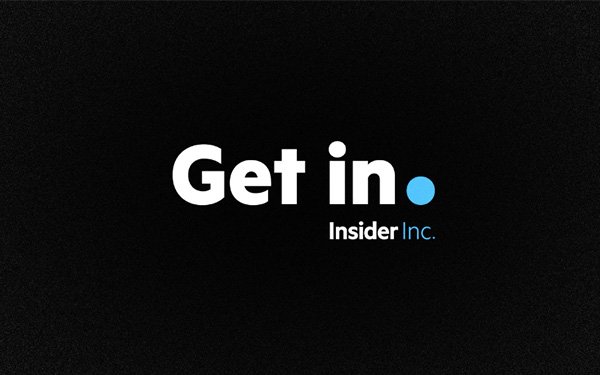 Get In. from Insider Studios on Vimeo.

In short, the company states Insider Inc. is “a new corporate name that better reflects our brand's true scope and broad ambitions.”

This week, Insider Inc. launched its first ad campaign to further solidify its identity as an information and lifestyle brand.

The campaign, which hinges on the tagline “Get In,” was created in collaboration with DigitasLBi and the firm’s executive creative director Atit Shah.

The purpose according to Business Insider, is to reflect the wants of its audience, whether that involves insider opinions, what’s important in culture, or “to get in on the people, topics and news worth knowing.”

According to the company, “Get In” is also meant to be a call to action, inviting clients to become a part of the company and its new digital-storytelling initiatives.

The ad, which features a series of animations highlighting the variety of content covered by the company’s brands, states: “Get in to the company behind Insider, Business Insider, and an ever-growing family of brands.”

Business Insider was launched in 2007 as Silicon Valley Insider and has since grown from a skeleton crew of six to a global team of 350 with 16 international editions and a combined audience of 350 million.

The Insider Inc. moniker will now be used in branding all assets of the company, including Business Insider content.