Ford's Focus On Hispanic Market For F-150 Pays Off 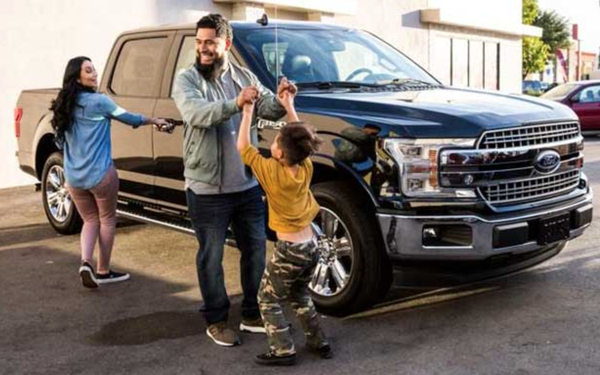 It’s long been known that Hispanic consumers are a huge market for pickup trucks. So it’s no surprise that Ford partnered with Univision Communications Inc. (UCI) to help launch its 2018 F-150 pickup truck late last year.

From 2010 to 2017, Hispanics were responsible for 22% of the total incremental growth of the F-150. Additionally, from 2016 to 2017, the F-Series gained Hispanic sales and increased share among Hispanics in the full-size pickup segment.

Ford challenged UCI to develop a custom campaign that brought its 2018 Ford F-150 “heart-hitting” creative to life by finding everyday heroes in Hispanic communities. The campaign’s main objective was to drive impact and favorable opinion.

“Ford was looking to connect and engage with the Hispanic consumer, and challenged us to develop a custom campaign that amplified the messaging of their F-150 ‘Bravest’ campaign,” Steve Mandala, president of advertising sales and marketing for UCI, tells Marketing Daily. “We have a great relationship with Ford and this campaign helped elevate our partnership to new levels.”

UCI and its agency partner, Zubi, created “Los Valientes de Hoy” (Heroes of Today), an inspirational branded-content series that identified brave individuals who have overcome personal challenges while contributing to their communities. UCI leveraged its local media assets to find stories of inspiring individuals that exemplified Los Valientes de Hoy and, ultimately, Lloyd Vernis, a business owner and military veteran, was selected as the “valiente.”

Los Valientes de Hoy was produced by UCI and hosted by Alan Tacher from Despierta América, the top morning show for U.S. Hispanics. The series consisted of five social videos that were distributed across Univision and Ford social media handles and promoted using #Valientesdehoycampaign. To further promote the campaign, Vernis was profiled across Univision’s most popular news programs including Despierta América, Primer Impacto and Edicion Digital.

The results were noteworthy. The campaign delivered 1.78 million-plus views and 6.6 million-plus social impressions in the first nine weeks of the campaign.

“What Univision does that sets us apart from everyone else is that all our marketing begins with our consumer and cultural insights in order to gauge what will resonate with our viewers,” says Mandala, adding that Univision also has worked recently with Lexus and Honda. “We know what’s important to them, what they value, and most importantly how to speak to them in-language and in-culture.”