'The Players Tribune,' Sharpie Partner For Product And Content Deal 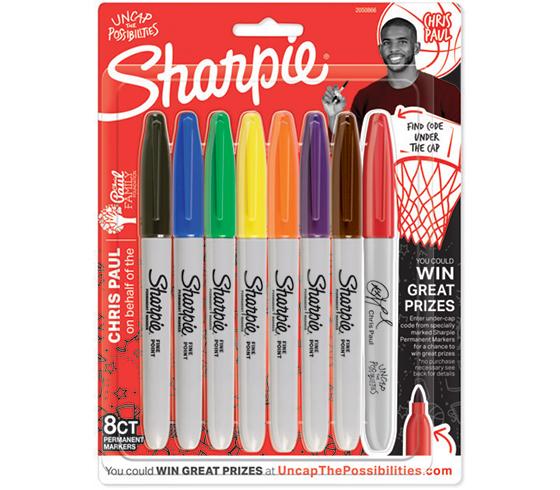 The Players’ Tribune is partnering with permanent-marker brand Sharpie on a cobranded pack of markers, a content deal and a national contest.

“This partnership really shows what athletes care about off the court/field, which is very relatable to readers and fans,” Schoenfeld said.

Morgan and Rodgers have previously contributed to The Players Tribune, and Paul and Judge are new contributors to the sports site, founded by MLB player Derek Jeter, that features editorial by athletes.

The first part of the deal consists of a special-edition pack of Sharpie markers. Each pack contains a picture of the athlete, the charity they support and a marker printed with the athlete’s signature.

The packs are available in four, five, eight, ten, 12 and 24 counts and will go on sale next month. The packs also have TPT branding on the back next to a photo of the athlete.

The second part of the deal, called “Uncap the Possibilities,” will consist of videos and articles featuring Rodgers, Paul, Morgan and Judge describing their personal journeys and the charities they support.

“Using TPT’s trademark storytelling, fans will be able get a first-person perspective from the athletes on why these causes are so important to them,” Schoenfeld said.

Their stories, he added, are “will hopefully inspire readers to make their own marks on the world.”

The first installment was published today, with an article written by Paul, an NBA player for the Houston Rockets, and a video feature.

Installments will continue to roll out on The Players’ Tribune monthly throughout the year, Schoenfeld said.