'Playboy' Changes Slogan: Entertainment For All 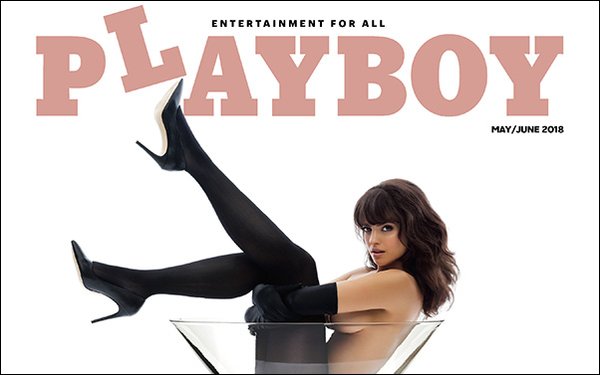 The change first takes effect in Playboy’s May/June 2018 issue, where the slogan is printed on the cover above the Playboy logo.

“Playboy’s content has always been and always will be created with the male point-of-view and our take of masculinity in mind,” stated Chief Creative Officer, Cooper Hefner.

“But the truth is the Playboy brand now appeals to a hugely diverse group of fans, including in a very substantive way, women who intersect with Playboy at our events, clubs and through our products and fashion collaborations,"  he added.

Hefner decided to reflect that shift on the cover of Playboy magazine, as well as Playboy.com.

The issue will hit national newsstands by April 24.

The cover features Nina Daniele, the 2018 "Playmate of the Year." For the first time in “many years,” Playboy’s website will publish Daniele’s 11-page pictorial exactly as it appears in the magazine, per the company.

Migrating content online is part of Hefner’s plan to "shift away from putting a lot of effort into the magazine,” he said at the MediaPost Publishing Insider Summit last fall.

At the conference, Hefner added Playboy will completely revamp its website and put up a paywall in 2018.

Playboy reached a peak of 5.6 million subscribers a year in 1975. Today, the magazine has a circulation under 500,000 and publishes six issues a year.

Hefner is the youngest son of the company’s founder, Hugh Hefner, who passed away in 2017.