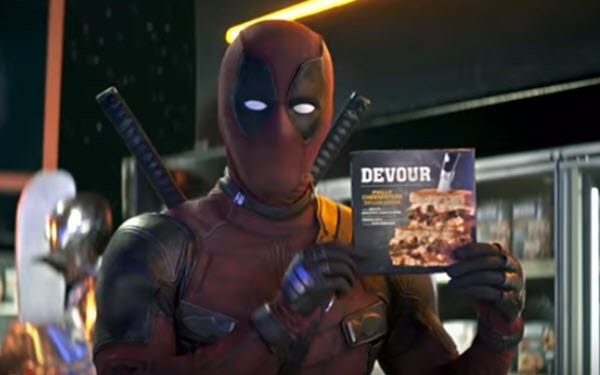 The campaign cross-promotes Twentieth Century Fox’s “Deadpool 2,” set for release on May 18.

The centerpiece is a 30-second digital-only ad (below), from the Wildness agency, in which the viewer goes inside a Deadpool dream.

After riding a unicorn through a supermarket to the frozen food aisle in search of a satisfying sandwich, the character readily confesses when a little girl accuses him of “selling out.”

The campaign also includes digital banners and social media, out-of-home in markets across the country, point-of-sale in 9,000 stores, and custom Deadpool packaging.